After reports of MIQ staff facing increasing violence, government ministers say the system is under pressure - and the coming shift to shorter stays will be a crunch point. 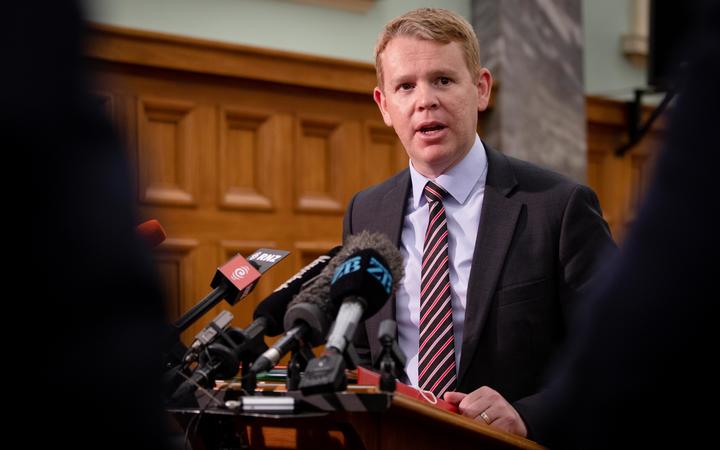 MIQ staff have reported warnings about not walking alone, with violence on the rise and increasing numbers of people with substance dependence issues and social concerns staying in the facilities.

Covid-19 Response Minister Chris Hipkins today said MIQ had been a challenging concept right from the beginning for some of those going into it.

He acknowledged pressures in MIQ were only being added to by the Delta outbreak.

"We do find in MIQ that those who are being quarantined from the community often at short notice without much time to ... psychologically prepare do find that a difficult shift, so we do find that it's a more challenging cohort to deal with. Now, I don't want to cast complete generalisations there because there are people who are very grateful for the opportunity to go into MIQ as well."

He said the home isolation system had been set up "very quickly" which had put the system under further pressure.

Hipkins said MIQ was gearing also up for the shift to seven-day isolation for incoming travellers, which was also increasing pressure on the system.

The changes to MIQ beginning on Monday will see fully vaccinated arrivals tested on days 0, 3 and 6 of their MIQ stay with a rapid antigen test before leaving MIQ.

They would then isolate at home for three days, returning a test at home on their ninth day after arrival.

"One of the complexities that we've got in MIQ that we're working through carefully is that ... they will be releasing in a day effectively the number of people they would release in a week," Hipkins said.

"That's going to mean that they're going to have a very very busy day, because there's a lot of logistics involved in releasing that number of people, and we've been doing a lot of work to prepare for that."

Meanwhile, GPs in South Auckland have been dealing with growing numbers of patients isolating at home, with the service for assessing cases "overwhelmed".

Health Minister Andrew Little has been managing the home isolation planning for weeks, and admitted the rapid escalation in case numbers had caught the system by surprise.

"So that initial stage of contacting people with a positive result meant that some were not contacted in a timely enough fashion ... I know that officials and others are working very hard to fix those gaps and I'm in touch every day - several times a day in some instances - to make sure that that work is being done."

He said the system needed to be made ready across the country.

"Auckland is very much the vanguard because they're dealing with pretty much all the cases at the moment. As the restrictions get relaxed over the next weeks and months, Covid will spread throughout the rest of the country. We need to make sure that every other DHB, every other region, is prepared and ready."

National's Covid-19 Response spokesperson Chris Bishop said it was becoming clearer to people that while the government had done a good job with Covid-19 last year, it had not stayed ahead of the game in 2021.