Prime Minister Jacinda Ardern will meet with workers, business people and frontline health workers on her visit to Auckland tomorrow, but is not expected to be out and about in public. 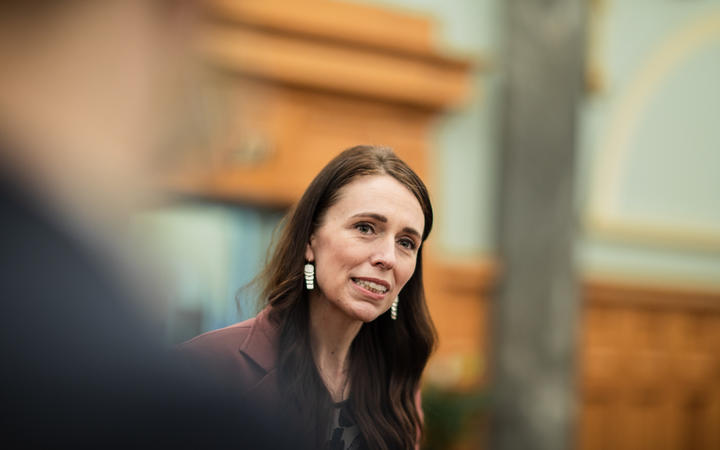 Ardern has been under pressure to make a visit to the city, which next week will have been under hefty Covid-19 restrictions for four months.

She had previously refused, saying Parliament's rules would have prevented her from doing her job and her duty.

However, Speaker of the House Trevor Mallard - who sets those rules - last week removed the requirement for MPs to isolate for five days before returning to Parliament from areas under alert level 3 and above.

"The thing that was limiting me previously was very much the rules of the environment that I was working in day to day," Ardern said this afternoon.

"As soon as that was lifted that felt like then an opportunity where I was able to do both, get to Auckland, talk with business representatives, be able to see some of the work our frontline health workers are doing and still be able to be here."

She said the visit would be a chance to see things for herself, and she could meet face to face with Aucklanders.

"I have been staying in touch with business leaders and representatives and I'm on regular calls with our health workers, but it is something to see it for yourself as well."

However, she was cautious when asked if she would be meeting with members of the public.

"When I am visiting with some of our business representatives, we will be doing that at a site where I'll be able to talk to the workforce, I'll also look for some other opportunities within the rules to be able to talk to other workers who've been operating at level 3," she said.

Ardern last week changed plans for a media event in Whanganui because of a protest, and relocated a media briefing in Northland after it was derailed by heckling.

Today, protesters marched from Civic Square in Wellington to Parliament demanding an end to Covid-19 restrictions and vaccine mandates.

With shouted chants including "freedom" and "you serve us", the protest was largely peaceful although a fence was pushed over and tennis balls were thrown at media, security and police as crowds began to disperse.

"If Jacinda really wants to understand Aucklanders' situation, her visit needs to be real. She needs to walk the streets and meet real people," he said.

"This visit shouldn't just be a photo op where the Prime Minister visits those she knows will give her a good reception. She needs to get out and see the impacts of her government's damaging policies."