Members of protest group Extinction Rebellion have been issued trespass notices after gluing their hands to the front steps of Parliament. 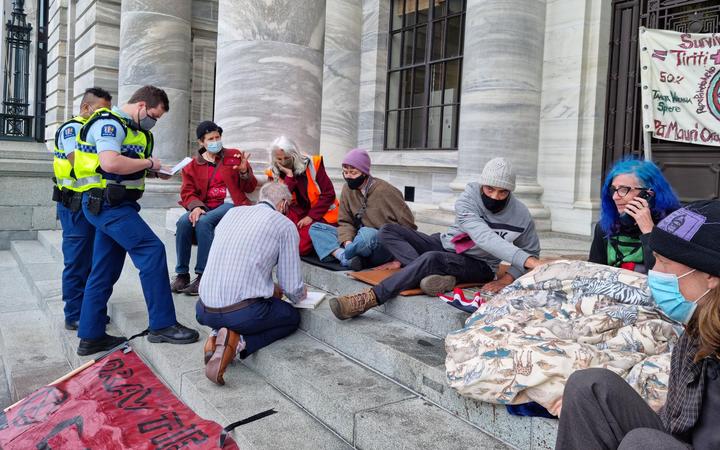 Climate protesters have glued their hands to the steps in front of Parliament. Photo: RNZ / Anneke Smith

Three people camped on the steps overnight, one hand fixed to the concrete, as part of the group's organised week of protests in Wellington.

They have now been issued formal trespass notices while police staff work to locate acetone to remove the superglue from the protesters' hands.

"It's the only method of action we feel that can genuinely address not just climate change but colonisation and our economic system." 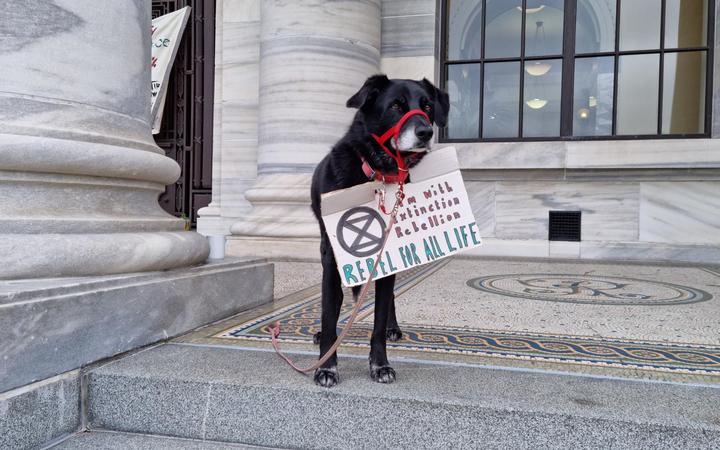 They said supergluing their hands to the concrete steps reflected the seriousness of the situation.

"It is actually quite difficult to pull on those levers of power if you're not willing at times to disrupt the system.

"The glue is to reflect the severity and we were intent on staying here until our aim was fulfilled or we were removed, and so we're being removed."

Another protester, Te Wehi Ratana, said his hand was now feeling worse for wear but he felt the group's message was being heard.

"It's been interesting. I wasn't expecting to be here for so long. My hand doesn't look very healthy either but it's okay. It made sleeping pretty difficult." 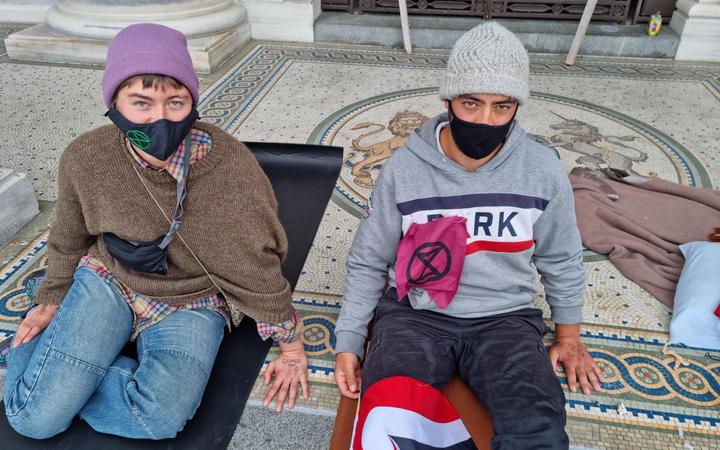 Police officers RNZ spoke to on the steps of Parliament said a paramedic had been called to safely remove the glue from the now-trespassed protesters' hands.

Meanwhile, a dozen police officers were standing by on the steps of Parliament that hosts a red flag reading 'Draw the Line on Colonisation'.