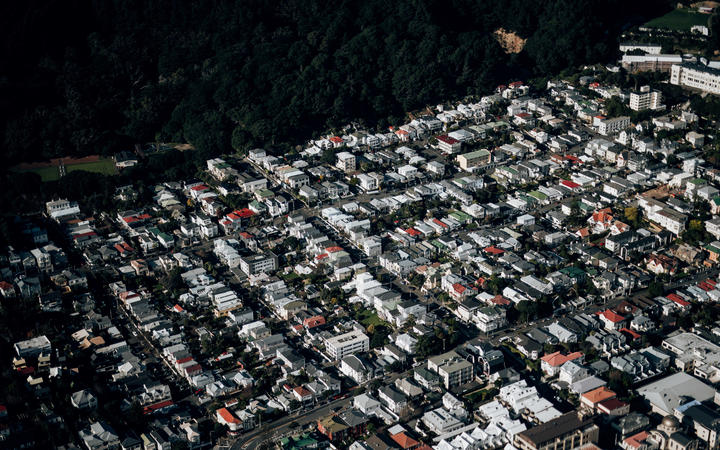 In a rare show of bipartisanship, the Labour government and the National Party today jointly announced moves to allow up to three houses, up to three storeys tall, without requiring resource consent.

Councils could choose to make the proposed standards more permissive to builders, and developers could apply for a resource consent to go further than what the standards would allow.

Mission Bay Kohimarama Residents' Association chair Don Stock said they were supportive of intensification, but he believed there was an increasing trend towards the central government overriding and ignoring the needs and decision-making of smaller communities.

"Different areas have different attributes and those attributes should be taken into account before wholesale changes are made. If those changes are being made by decree from Wellington then there seems to be very little opportunity for local communities to have any say in the nature of the development that goes on.

"Some areas may be well appropriate for having three-storey houses on them, I don't dispute that at all. But there will be other areas - particularly in single-family home areas, character areas and so forth - which will fall outside the fairly narrow exemptions that are being proposed but nonetheless still have a certain character which is deserving of protection.

"I probably don't really live in a character area myself ... I'm talking more about the principle of having a one-size-fits-all that applies without local input that takes local views into account."

He said planning laws and council bylaws were in place to protect this for a reason, and the government should focus on fixing the resource consent process rather than intensification in the first instance.

"Why don't we fix the basic problems with the process and then turn our attention to whether we need to have more land. Having said that I'm not actually averse to having an extra layer of intensification as long as it's not imposed on every suburb without any regard to local character."

He said Wellington City Council had recently imposed much more permissive height limits that would allow buildings of six to eight storeys.

"Being able to do stuff now and getting more people living closer to the heart of our cities is a great thing, this is a much better initiative than the problematic, out-of-scale, six-to-eight-storey buildings turning up next to little low-rise houses.

"We know there's a climate crisis and we know there's a housing shortage, and the warming planet and the escalating price rises are not gonna wait to build things in 10 or 15 years' time.

"The Newtown community has got its own scheme for how to densify our suburb and we'd love to collaborate with Renters United and Generation Zero and housing people now. The world can't wait." 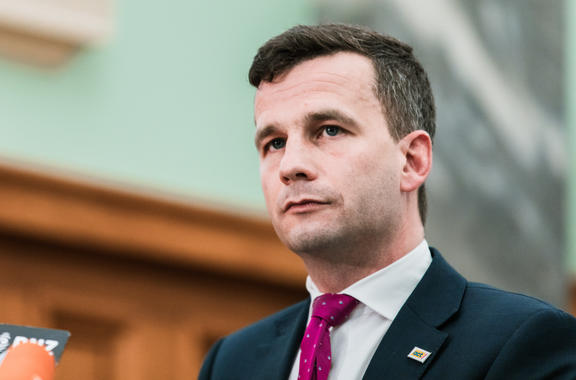 "We've got sewage all over Auckland beaches because we've had more development than we've funded infrastructure for ... we don't need chaos about the planning rules, we need to fund infrastructure, sort out the supply of building materials and get quality assurance sorted, all of which ACT's policy does.

"The things that delay it, if you talk to developers, are things like taking 20 days to get a title from LINZ, things like constantly going back and forth with councils who are basically dragging the chain because development is too expensive for them."

He said the proposed bill would not deregulate, but rather sweep aside the rules agreed under the Auckland plan.

"The Auckland Unitary Plan has said for the last four years 420,000 additional dwellings are theoretically possible but prices went up 25 percent ... because councils don't have the funding for the infrastructure and they do anything they can to stop development.

"There's a lot of places where people are intensifying and are developing under the current plan. What will create chaos is saying to a whole lot of people 'what you bought into, we're just sweeping that aside without thinking about the local implications'.

"At one end you've got a process which is well understood, that councils put in place plans and zoning and change their rules over time and it has a regular cycle to it. At the other end of that spectrum, two political parties decide that they want some positive press and say 'we're gonna rush a law through Parliament that changes it just like that. So again, it's about certainty."

Green Party co-leader James Shaw said the party would not take a position until they had seen the bill, but it sounded like a good step that would be protected by the bipartisan approach. 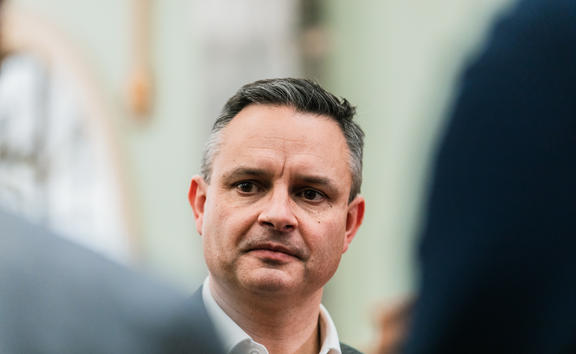 "Nimbyism is unlikely to ever disappear entirely but I do think that this provides a very welcome step in making sure that we've got the tools to overcome it.

"To have that bipartisan support is actually really good because it does mean that both this government and any future National government ... they've got kind of cover there."

Shaw said he thought it was entirely possible to increase density without destroying the character of a place.

"People need houses. We are desperately, desperately short of houses, particularly in this city, and I just think that people are going to have to get used to the idea that things change over time.

"There is no reason why modern apartment buildings have to be ugly. You know, I spent a lot of my life living in London and there are some fantastic very high-density developments there. I do not see why we cannot have that kind of high-quality dense living here in New Zealand."

"It's really clear that urban form is a very big part of what's going to help reduce in particular our transport emissions, and the higher standards that we apply to the construction of those houses the less electricity and energy we'll be using to keep them heated."