A petition signed by nearly 14,000 people demanding the government increase the number of mental health workers has been handed into Parliament. 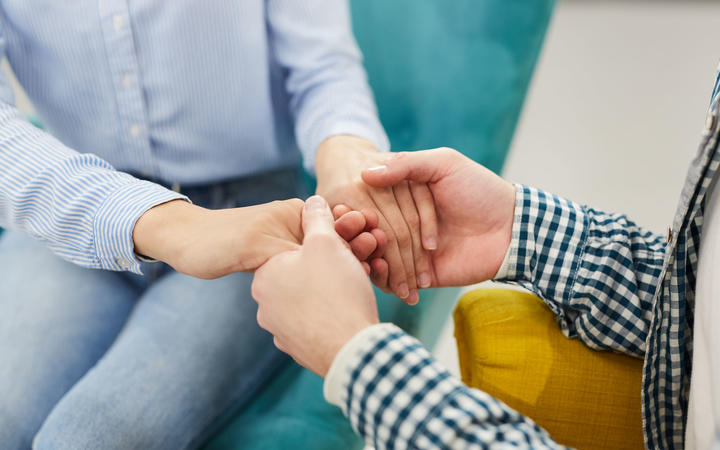 Increasing demand and a shortage of psychologists is causing ballooning wait times nationwide, with disastrous consequences.

'I was worried [my heart] would stop in my sleep'

For years Hattie Plant has suffered from anxiety and depression but eating disorders like bulimia have been her major problem.

During last year's lockdown she developed anorexia, and in April her condition got worse.

"There were two occasions where I was basically threatened with, 'if this gets any worse you're going to the hospital': once when my blood pressure plummeted, and once when my heart rate was too low.

"So I'd be lying awake at night feeling my heart rate slow down, terrified to sleep because I was worried it would stop in my sleep."

Last October, Plant was accepted into a regional eating disorder service and was put on a counselling waitlist.

She was told she would begin treatment in six to nine months - nearly a year on she is still waiting.

"Not gonna lie it was a real kick in the gut to have this life-threatening condition and then be told, 'we might see you in a half a year or more'."

"I'm turning myself into a hermit ... pushing people away. I'm sort of in a downward spiral of negativity that I need help to get out of."

He has been on the waitlist for treatment for months now.

"I want to be productive but I can't because I don't have the skills and I can't get the skills because there's no one there to teach me.

"It's really hard to be positive and it sort of gets rid of hope. I can't see a future at the moment because there is just no help."

1000 psychologists short, not enough being trained

Today in a livestreamed ceremony, a petition calling for more resources to train psychologists was handed into Parliament.

One person contacted nearly 50 private psychologists to get help with no success.

Green Party MP Chloe Swarbrick received the petition, and is part of a cross-party mental health and addiction group.

She painted a dire picture of the breadth of the shortage of mental health workers.

"We are already 1000 psychologists short, and the psychology workforce task force group estimated that an additional 268 psychologists were needed across the 20 DHBs.

"And about 672 more in the primary health and general practice sector to adequately address the need that already exists, let alone the need that comes forward as we build more awareness [about the issue]."

She said despite that there were only about 130 spots in post-graduate psychology training each year.

She said there were just 12 spots in one university training programme - despite getting nearly 10 times that number of applicants.

She said $2m went to psychology, but there was still more need.

"The [need] is a bit bigger than what we've been able to provide currently.

"And I actually think the rationale for increasing psychologists, and the need for community psychology actually is incredibly important."

Wall said there has been an increase in training of psychologists and funding for Māori and Pasifika scholarships.

The number of funded clinical psychology internships - practical placements needed to complete a qualification - available each year has been increased from 12 to 20.

Petition organiser Lucy Mclean said this would not even make a dent in the problem.

She wanted the number of psychologists trained each year to be doubled, and internships properly funded.

In the meantime, she said the massive demand was taking its toll on clinicians who are increasingly leaving the public health system to go into private practice.