Former prime minister Helen Clark says the Taliban takeover in Afghanistan shows "a catastrophic failure of intelligence in Western foreign policy" and to say that she is pessimistic about the country's future would be an understatement. 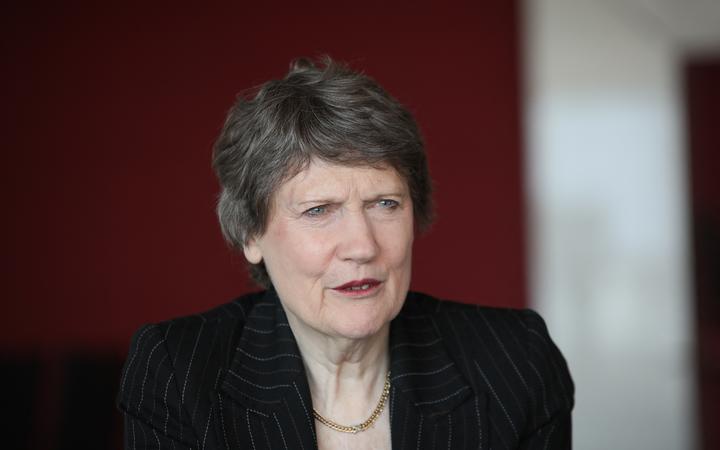 Helen Clark is extremely dubious that this is "a new reformed Taliban". Photo: 2018 Anadolu Agency

Taliban insurgents have entered Kabul and President Ashraf Ghani has fled Afghanistan, bringing the Islamist militants close to taking over the country two decades after they were overthrown by a US-led invasion.

Clark has also served as administrator of the United Nations Development Programme (UNDP) for eight years and has advocated globally for Afghan girls and women.

She sent New Zealand troops to Afghanistan in 2001 during her term as prime minister and said it is surreal to see what has happened.

"Twenty years of change there with so many gains for women and girls in society at large and to see what amounts to people motivated by medieval theocracy walk back in and take power and start issuing the same kinds of statements about constraints on women and saying that stonings and amputations are for the courts - I mean this is just such a massive step backwards it's hard to digest."

Clark said to find out what has gone wrong it is necessary to look back a couple of decades and it was not long after the Taliban had left that the US administration started to look away from Afghanistan, turning instead towards its intervention in Iraq.

"With the gaze off Afghanistan the Taliban started to come back. When I was at UNDP I would meet ambassadors from the region around Afghanistan and they would say 'look 60 percent of the country is in effect controlled by the Taliban now' and I'm going back four or five years, six years in saying that."

Clark said at that time the Taliban did not have the ability to capture and hold district and provincial capitals, but the Taliban was waiting for an opportunity and that came when former US president Donald Trump indicated they would withdraw troops from Afghanistan and current US President Joe Biden then followed through on that.

Clark said the Taliban will be under any pressure from Western powers to do anything if it is able to enlist the support of other powers.

She said to say she was pessimistic about Afghanistan's future would be an understatement and there are already reports of women being treated very badly in regions where the Taliban has taken over.

Clark said she very much doubts that this is "a new reformed Taliban", an idea that was accepted by some negotiators in Doha.

She said does not expect that the UN Security Council will be able to do anything to improve the situation. Clark said it met about Afghanistan within the last couple of weeks and the Afghanistan permanent representative pleaded on behalf of his elected government for support but there was no support forthcoming.

Clark said the UN Security Council is unlikely to get any results and the UN will likely then say that it needs humanitarian access.

"Because these developments create catastrophic hunger, flight of people, illness - but you know the UN will be left putting a bandage over the wounds and there will be nothing more constructive that comes out of it."

Clark said Afghanistan's problems were never going to be solved in 20 years.

"I understand that the Americans are sick of endless wars, we all are, but on the other hand they've kept a 50,000 strong garrison in Korea since 1953 in much greater numbers at times, they maintain 30,000 troops in the Gulf. They were in effect being asked to maintain a very small garrison which more or less kept the place stable enough for it to inch ahead, build its institutions and roll out education and health, when that commitment to do that failed then the whole project collapsed.

"This is not so much a Taliban takeover as simply a surrender by the government and by forces who felt it wasn't worth fighting for it."