Prime Minister Jacinda Ardern and other Labour Party MPs have spoken to media about Budget 2021.

Ardern said it was a significant budget for many reasons, and with regard to 33,000 children being lifted out of people, she said it was about putting food on the table and paying the electricity bill.

"We're coming off a low base," she said, because families on benefits had received low incomes.

The money allocated to Māori Health Authority (MHA) was not for the substantive work of the Authority - just its establishment, Ardern said.

She did not want to see house prices bottom out, but nor did she want house ownership to be unaffordable for many.

Treasury's estimates in the Budget were based on what the government had done in the housing sector so far, Ardern said.

Asked how National Party voters might receive the Budget, she said they wanted to see the best for children - even with today's announcements, New Zealand will still be a bit behind Australian payments, she said. 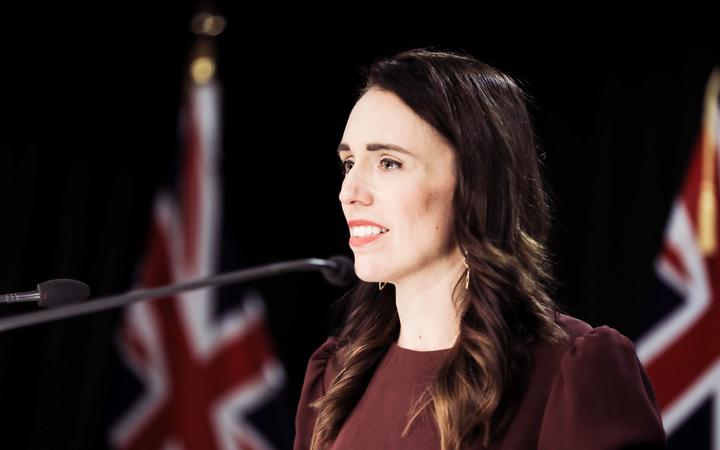 Ardern said at least 13,000 Māori children would benefit. "We need to see that number of Māori children and more helped... Today this is a milestone, but we keep going."

Minister of Social Development Carmel Sepuloni said unemployment had improved but not necessarily for Pasifika people.

Her department was working hard to try and inform people about what help was available, including support for businesses, she said.

Today went a long way to restoring dignity to the benefit system and there had always been a stigma attached to being on a benefit, Sepuloni said. The increases were being introduced in July because officials needed a bit of time to work on the differentials, she said.

Some increases were higher than those recommended by the welfare advisory group and she was relieved to get them across the line.

"We have the political will to continue with the work needed" to lift more children out of poverty, she said, and there would be more measures to come in future.

Willie Jackson said iwi representatives he has spoken to today are very pleased. "We couldn't be happier with the response," he said, with housing and health being the priorities. Colleagues in Cabinet had been very supportive, he said.

"As a Māori caucus we've heard what our people have said."

The spending announced was "a huge milestone".

Nanaia Mahuta said addressing the issues of inequality and infrastructure were key for Māori and had been addressed today and would continue to be in the long-term.

Asked why Whanau Ora did not get any funding this time, Peeni Henare said it got significant funding last year and it was made clear that was to be over two years.

Peeni Henare said the funding announced today would help build resilience in those who deliver in Māori health area, and he expected to firm up the full budget for the MHA in the next six months.

"I think it's the start of something special."

The interim governing board for the MHA would be in place in a few months, and the permanent board in place by 1 July next year

Housing Minister Megan Woods said the 1000 new homes announced also needed infrastructure, such as how it was going to administered.

Treasury forecasts on growth in housing prices were predicting much lower price growth and Woods said the government would be tracking that over next year or so. There was no plan to extend the Brightline test to maybe 20 years, as Treasury initially recommended.

Health Minister Andrew Little said the money set aside in Budget for new health authority included consultation with the DHBs, governance arrangements. It did not include DHB deficits.

Asked if he wanted more money for Pharmac, he said Labour's manifesto vow was for $200m over four years and that had been achieved.

Asked about claims people would die without a lot more Pharmac funding than was announced today, he said he did not buy into emotional rhetoric. The government had significantly increased Pharmac's funding in the time it had been in power, he said.

Education Minister Chris Hipkins said an extra $20m in funding for truancy services would pay for an extra 7500 places over five years.

Asked about Judith Collins' claim that teachers would be heading to Australia, he said it was an unfair claim and some significant funding had gone into teachers' pay in the last few years.

Asked about children being taught in halls in Northland and rotting classrooms at a school in Hutt Valley, he said two big streams of money had been announced in the Budget, one for depreciation in school budgets and the other for replacement classrooms or new schools had been allocated, but he agreed that some schools were in a sorry state.

Asked if Māori and Pasifika aged 50 and over should be in the group with 65 and over for Covid-19 vaccinations, he said the reality was he would prefer just to get on with doing everyone at the same time, but lines had to be drawn because of the gradual supply of the vaccine, and the reality was that wherever lines were drawn a case could be made to place them elsewhere.