National MPs are backing their leader Judith Collins following last night's dire political poll and have endorsed her persistent claims that the government is pursuing a "separatist" agenda. 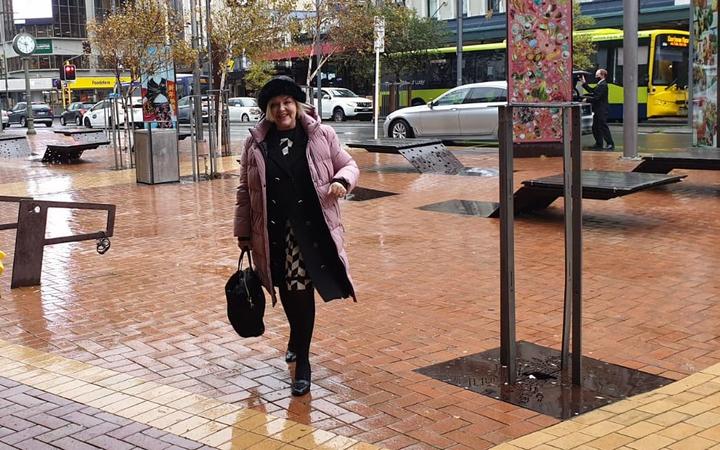 The Newshub Reid Research poll - which put Labour still well ahead of National - cast a shadow over the opposition party's full day planning meeting on Monday.

On her way into the meeting in Wellington this morning, Collins told RNZ she would not be dialling back her recent approach or rhetoric.

"It's really important that we keep talking about the co-governance model the government is rolling out right throughout the country.

"That's something that people are going to be very concerned about - in particular the issue about co-governance on water."

In more bad news for the party, Collins' preferred prime minister rating plummeted to 5.6 percent, down 12.8 points on the last poll.

Collins dismissed the poll, saying it was not surprising that support for the opposition leader would dip in the first poll after an election.

"It doesn't mean much," she said. "It's a tough job, opposition leader!"

Asked whether it was time for a leadership change, Collins replied: "Absolutely not".

Arriving National MPs were singing from the same song sheet in their support for Collins' and her electoral strategy.

"We've got a long way to go, and Judith's doing an awesome job. She's doing brilliant."

Tauranga MP and former leader Simon Bridges told RNZ it would take time for the public to shift its opinions since the election.

"The leader is doing what a good leader of the opposition should do - and that's ask questions."

Veteran MP Nick Smith said National needed to double down on its questioning of the government's "incredibly radical proposals" related to the governance of water.

"Judith Collins is doing a good job. If National's got some lessons to learn from last year's drubbing, it's that playing a game of musical chairs with leaders will get National nowhere.

"We need to have the courage of our convictions to challenge changes that the government is making without a mandate from New Zealanders."

"Judith's been very measured in what she's said ... we haven't been [separatist], we're highlighting an important issue," Bayly said.

"It needs to be handled in a delicate and appropriate manner. The language needs to be careful, and I think Judith's been very careful with her language.

Rodney MP Mark Mitchell said he was realistic about the fact that National's fortune would not turn around quickly.

"We know we've got work to do. We'll start worrying more about the polls as we get closer to 2023."

Waikato MP Tim van de Molen said he wasn't too worried about polls so far out from an election.

Asked whether it was time to change leader, van de Molen said: "We're a little bit early for that."