The National Party says it is good to see Green MP and government minister Marama Davidson come to the party and condemn conditions in some emergency housing - "better late than never". 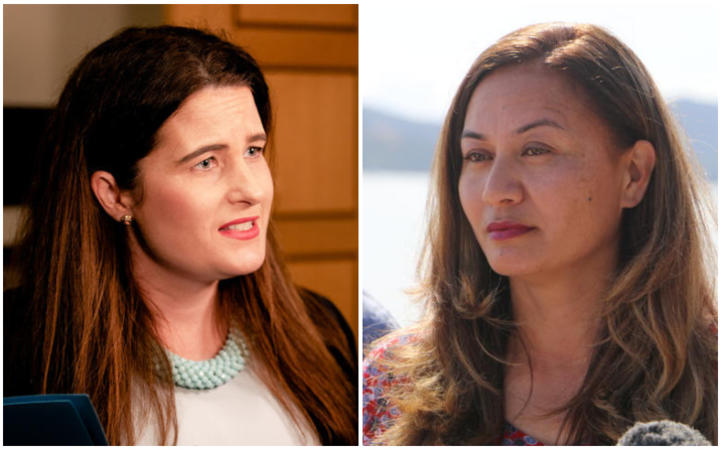 As Associate Housing Minister, Davidson has responsibility for the Homelessness Action Plan; her ministerial colleagues Carmel Sepuloni and Megan Woods also have responsibilities for short term housing through their Social Development and Housing portfolios respectively.

They are being accused of "ducking for cover" by National's Nicola Willis, who says someone needs "to stand up, front up, take responsibility and ensure that a plan is in place".

Those at the coalface says there is not enough oversight with families mixed in with gang members and many places rife with crime and violence. Furthermore, demand and the cost continue to increase, with no sign of that abating any time soon.

Davidson says some are living in "inhumane, undignified situations" and the way money's handed out to motels and other providers - with no strings attached - is "unacceptable".

The minister must now "take responsibility for fixing it", Willis says.

"It's not enough to identify a problem. Her job is to ensure that people are safe and that the taxpayer is getting good value for money.

"She's been a minister for several months ... New Zealanders don't want her to commentate on the state of affairs, they want her to take action to resolve it," she says.

Last month the two were at loggerheads after Willis said she no longer felt safe in central Wellington, citing an increase in emergency housing and a greater gang presence.

Davidson shot back saying those raising concerns about emergency housing should be "mindful of the racist and classist undertones".

It was "disappointing" the minister used her questioning about the safety of emergency housing to launch a personal attack, Willis says.

"I have been speaking about a genuine concern for many weeks now and only now is the minister fronting up and acknowledging that this is a proper issue that requires ministerial accountability.

"Better late than never, but now I want to see some action," Willis says.

At the time Davidson made the comments she told reporters the National MP "absolutely has an ongoing habit of framing brown and/or poor people as the problem," while her own focus was on providing more transitional and secure housing.