The National Party wants all border workers who aren't vaccinated against Covid-19 to be removed from the front line immediately. 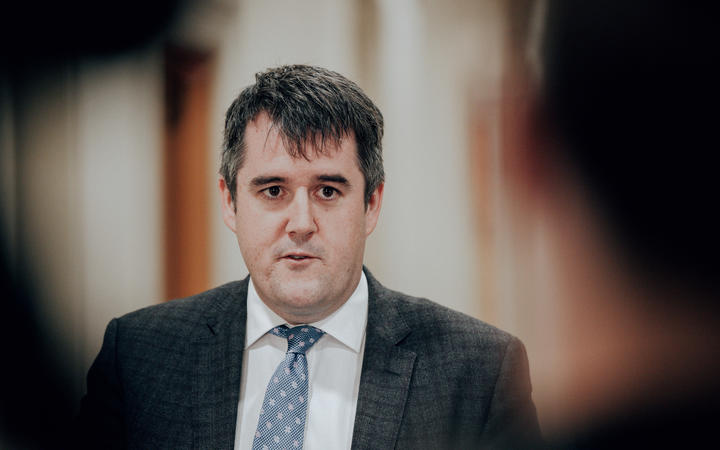 National's Covid-19 response spokesperson Chris Bishop says border workers should be immediately redeployed if they have not been vaccinated. Photo: RNZ / Dom Thomas

A security guard at a managed isolation hotel last week tested positive for the virus and it was later revealed he had missed two vaccine appointments.

Prime Minister Jacinda Ardern in response said that from today, border staff would start to be redeployed if they hadn't been vaccinated.

"My expectation is that all frontline border workers are vaccinated for their own health and safety... from Monday, we start the process of those [workers] who have not [been vaccinated] moving to other roles."

But a spokesperson for Ardern said on Sunday workers have until the end of April to get the jab.

National's Covid-19 response spokesperson Chris Bishop said border workers have had since February to be vaccinated, so should be redeployed now if they aren't immunised.

"We're now at mid-April. People have had more than enough time and I think the rule should be if you're on the front-line working at the border you should be vaccinated and if you don't want to be vaccinated then you can't work on the front line, " Bishop said

"It's going to be done in two weeks, we'd prefer it was done now, but it's good that we're moving to that redeployment stage," he told Morning Report.

"There is a clear expectation that people working in the front line at the border do get vaccinated or there has to be other options looked at for them.

"This week the process starts to follow up with those who haven't, very actively, and look at other options if they can't or won't be vaccinated."

But determining who exactly has been vaccinated will be challenging for officials who don't know exactly how many border workers there are and which ones have got the jab. 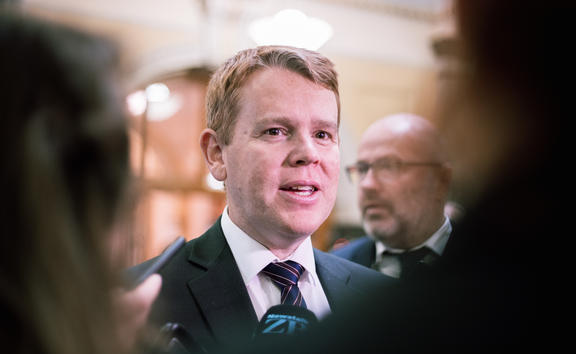 "There's a degree of complexity here, they have to work their way through a process, so they have to do the vaccinations, but then the data reconciliation is a manual process, so you actually have to go through each employer, the list of all their employees, identify [if] these people are still even working there, have they been moved to other duties if they've turned down a vaccination... that's the process we've been doing over the past couple of weeks and we've still got a little way to go.

"In the event that there are people still working there that haven't been vaccinated, there is an employment process that they have to go through, they have to follow employment law the same as everybody else does."

Bishop said it was "quite baffling" health officials didn't know how many border workers have got the jab.