A group of eight experts has been commissioned to work on a likely new public media entity, the government has announced. 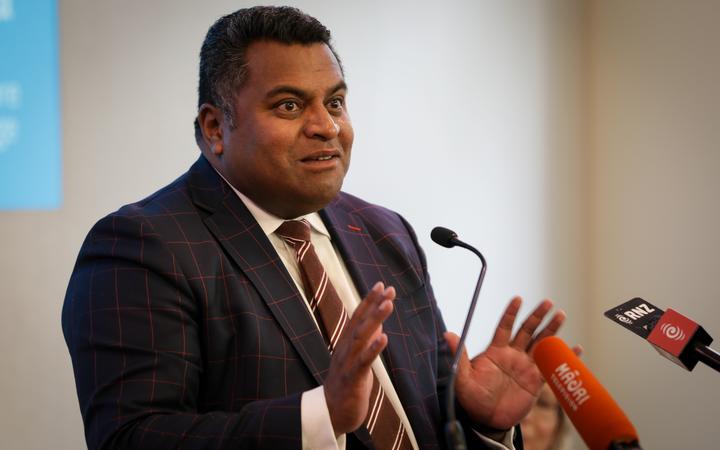 Former minister and New Zealand First MP Tracey Martin has been named as the head of a new governance group looking at the possible merger of RNZ and TVNZ, into a new public media entity.

Martin said her job was to ensure the group had everything it needed to come up with options that worked to offer Broadcasting and Media Minister Kris Faafoi within the timeframe.

The Strong Public Media Business Case Governance Board will oversee the completion of a business case into forming the entity.

Faafoi said the business case would look at how public media could "meet the changing expectations of New Zealand audiences and support a strong, vibrant media sector".

"We understand that a strong media requires both public and private media and we do have a responsibility to New Zealanders to ensure that media entities that we own and fund are fit for purpose for the 21st century."

The potential new entity will operate with a mixed funding model: drawing part of its revenue from commercial sources, and part from government funding, he said.

"As I've said for a couple of years now, audience behaviour has changed, is changing and will continue to change and we need to make sure our public media entities are fit for that change and also looking at the health of the local media market, how it can assist to do that."

The minister did not know what percentage of private sector funding may be allocated to the new entity at this stage.

It is expected to operate in a way that complements and collaborates with private media.

"[The] government is committed to ensuring public media is fit for the future and able to thrive and adapt amid the changing media landscape.

"Members of the Governance Group bring a wide range of expertise to their roles. They were chosen for their expertise in public broadcasting, private media, the Māori media sector, government policy, public engagement, change management and business case processes." 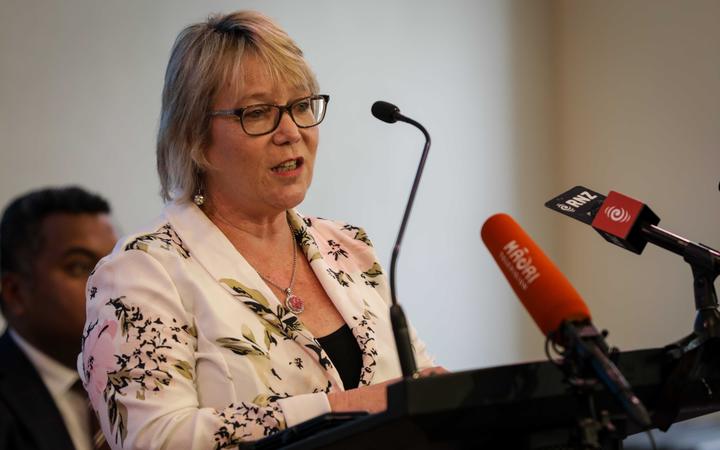 The group will also lead work on a charter for the potential new entity and members will remain appointed until Cabinet considers the outcome of the business case.

"Deloitte has been contracted by the Ministry of Culture and Heritage to complete the work on the business case. Cabinet has asked the business case on how a potential new media entity would operate with a mixed funding model, gaining part of its revenue from commercial sources and part from government funding, produce content across a variety of media forms and have editorial and operational independence from government enshrined in legislation."

Faafoi said the group would look at the Deloitte report between the time it is finished mid-year and a decision by Cabinet at the end of year, to offer "real world" options to the government.

Faafoi said a board would draw up a draft new charter and seek feedback from the public on what should be included, a foundational document of a potential new entity.

"This is a unique opportunity and the right time to make decisions about the whole of our public media system for all New Zealanders."

Regarding a potential conflict between having a public interest media charter and then funding from corporate interests, Faafoi said it was a tricky issue for Cabinet.

"I think if you look at the way media has changed in terms of its delivery, if you are a public media purist there is stability in the new media world to have the kind of commercial-free content that public media enthusiasts would like to continue seeing. Importantly, in among all of this, we have made the commitment that everything that is commercial-free now will continue to be commercial-free in a new world. 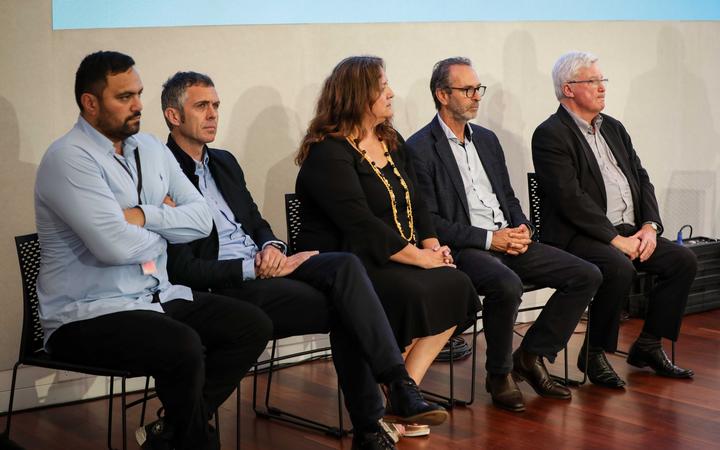 He said the new entity would provide content across a variety of platforms and have full editorial and operational independence from the government.

"RNZ and TVNZ are high performing entities that have served New Zealanders well. They provide a strong basis on which to build for the future," Faafoi said.

Faafoi said RNZ and TVNZ do a fantastic job, but then we have to ask ourselves the bold question: Are those two entities the best set-up for future?

"The question needs to be asked for future audiences. Not just the audiences but also the long-term viability of the wider sector."

"We can look at ways that this entity may be able to collaborate and work alongside other media entities, whether it be Māori, Pasifika, other ethnic communities and also private media is extremely important, because we do think it has a role to play to make sure we've got the plurality and the market that we want and they are continuing to have the best set-up to adopt to the different platforms that New Zealanders are now accessing their content on."

Regarding TVNZ and RNZ moving forward on any major projects or innovations they've been working on, Faafoi said: "We've asked them to make sure what any major decisions that they have in train are made with strengthening public media in mind."

"Alongside work to assess the option of creating a new public media entity, Minister for Māori Development Willie Jackson is leading work to enhance support for the Māori media sector.

"This is a unique opportunity and the right time to make decisions about the whole public media system."

When asked why Faafoi appointed Martin as chairperson, he said: "Because I know her and she gets things done."

"New Zealanders rely on local media for important information they know they can trust."

"We want to deliver for him and for New Zealand the best possible advice to enable him and his Cabinet colleagues to make the decision so that this can move forward with pace for New Zealand."

Faafoi said he wanted to move the project on with pace and would not restrict himself to timeframes.

The business case for Strong Public Media is expected to be completed by mid-2021, and before the end of the year, Cabinet will be advised on the option of a new public media entity.