The National Party says only Immigration New Zealand-approved laboratories should be able to provide pre-departure Covid-19 tests for people travelling from overseas. 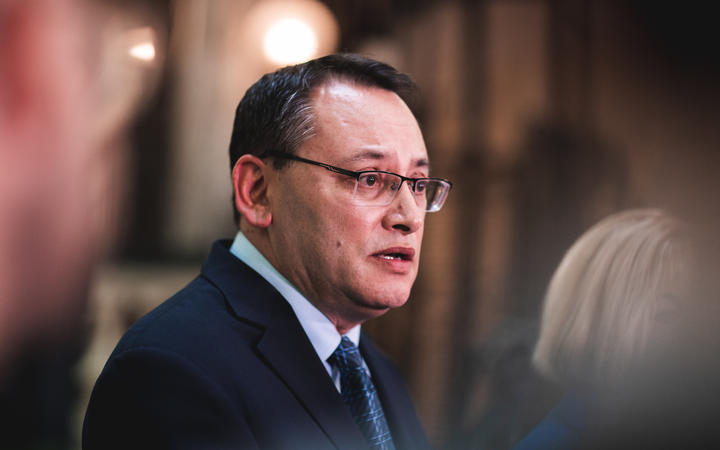 It comes after three returnees from India tested positive on the day of arrival. Another one from Italy returned a positive test result on day one of testing.

National deputy leader Shane Reti told First Up there needed to be more measures in place in addition to the pre-departure testing regime.

"We've been interested in pre-departure isolation ... in a facility three days before you leave."

Travellers must also be tested before and after leaving pre-departure quarantine, he said.

He said only Immigration New Zealand-accredited laboratories should be able to provide pre-departure Covid-19 tests.

"... so we can get past that worry that that pre-departure test was fraudulent."

A Ministry of Health spokesperson said fake pre-departure certificates were not "regarded as a significant issue" and there was little solid evidence of the benefits of pre-departure testing to keeping numbers low in managed isolation.

Reti also suggested returnees exercising in their rooms during their MIQ stay like the Australian Open tennis players did.

"There are a couple of activities that increase the risk [of transmission]. One is the exercise: so bussing across town to an exercise area; and secondly: the smoking rooms."

He recalled the incident in Christchurch when two healthcare workers contracted the virus from Russian and Ukrainian fishing crew who went out to smoke while isolating in November last year.

Reti questioned the priorities at MIQ and the bus botch-up where a person who returned a positive result was allowed on a bus with other returnees.

"How can any rational person think that's the correct thing to do?"

The other people on the bus had to then isolate for another 14 days.

"Does mental health trump exercise? Or is it the other way around, is our risk too great?

"I would tend to fall on the side of the risk being too great."

National has been pushing to open travel with Australia, but Reti said, it would be sensible to stop movement if there was a Covid-19 outbreak across the ditch.

Multiple Australian states have imposed restrictions on travellers from Queensland after Brisbane entered a snap three-day lockdown. On Monday health authorities there confirmed four community cases of the UK variant.

Schools are closed, masks are mandatory and locals can only leave their home for essential reasons.

New Zealand epidemiologist Tony Blakely, who lives in Melbourne, told Morning Report the infection could be traced to a hospital.

"A hospital infection whereby a junior doctor got infected about three weeks ago and then it looked like it was all mopped up but we're now realising there was some signs of transmission which have popped up again with this cluster which is now linked.

"That's incredibly concerning. It appears the current cluster can be traced back to that event three weeks ago."

He said it was a concern because it was the UK variant that went quiet for a while before coming up.

All Australian states and territories have declared the Brisbane area a red zone, or coronavirus hotspot.

Residents of the greater Brisbane area who need to return will have to go through two weeks of mandatory quarantine.

In New South Wales anyone who has visited Brisbane since 20 March must enter lockdown, with similar measures in other states.

Blakely could not say if the lockdown would be extended through Easter weekend.

As for travel between Australia and New Zealand, he said authorities needed to be mindful of isolation practices.

Prime Minister Jacinda Ardern yesterday said the community cases in Brisbane showed why both countries needed to get the planning of a trans-Tasman travel bubble right.

She said the plan was to be able to turn off travel to states that had an outbreak, while resuming travel in the rest of the country.