Labour MPs were welcomed onto Te Tii marae for the first time in four years to fulfil the wish of the late and staunch Labour supporter Rudy Taylor - however a question of whether they will be able to return remains. 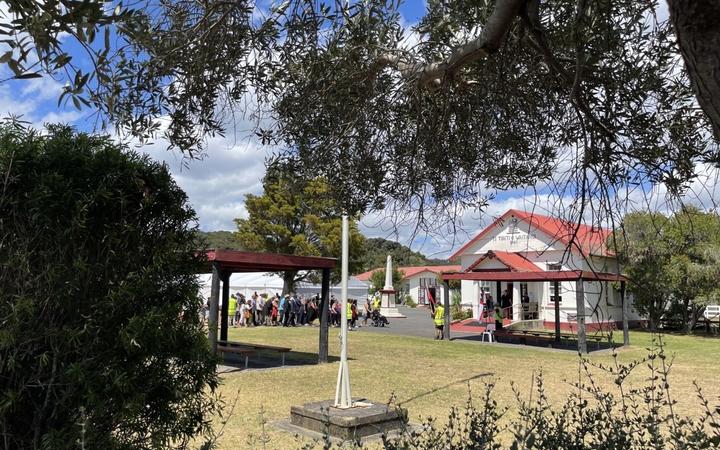 It was the first time since 2017 Labour MPs were welcomed on to the marae - where formalities for parliamentarians was moved up to the Treaty Grounds in 2018.

And today, the Crown used the opportunity to announce a new fund to help restore its relationship with Ngāpuhi - a promise Minister for Treaty of Waitangi Negotiations Andrew Little made on the paepae last year.

A Labour-strong ope made their way on to Te Tii marae - with the whānau of Rudy Taylor, who had asked them to return before he died.

Te Tai Tokerau MP Kelvin Davis said it was a positive day and, although challenged in the wharenui, was confident it had laid the foundations for the relationship.

"The proceedings were just about the welcome itself and acknowledging Rudy Taylor and his passing and the many other bereavements we have had in the past year.

"I think we have struck a really good balance with what goes on at the top marae and as I said for parties who wish to come down here that's up to them, but certainly for the Labour Māori caucus, we would like to return next year."

The last prime minister to be welcomed on Te Tii marae was Sir John Key - he then pulled out in attending in 2016, and in 2017 Bill English refused to go to the marae.

In 2018, the decision was made to put the political formalities on the Treaty Grounds up the road - at Te Whare Rūnanga.

A decision made clear today that will remain. 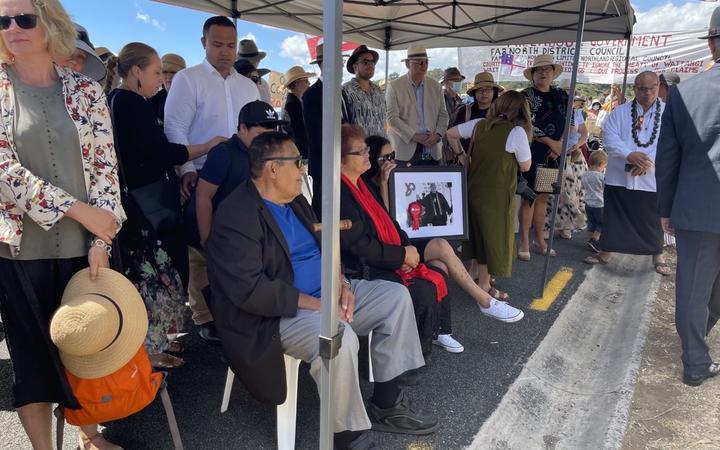 Whānau of Rudy Taylor hold a photo of the late Ngāpuhi leader as they wait to be welcomed on to Te Tii marae. Photo: RNZ / Mani Dunlop

Notably absent today was Prime Minister Jacinda Ardern - but her Māori ministers made it clear it would be up to her whether she should return to Te Tii.

Peeni Henare said they would like to return as the Labour Māori caucus and whether the prime minister came with them was her decision.

Susan Apiata - who manages Te Tii marae - said the day went well and the question of whether ministers could return would be discussed by the haukāinga over the coming days.

"We still need to have a debrief about that, and will be interested to see what the whānau will say, what does that future look like?"

But she made clear that today's pōhiri for Labour was a small part of what happened at Te Tii marae - where the forum tents hosted wānanga and korero from Māori across the motu.

And she expected the return of Labour would be a topic talked about in those tents this year.

Prominent Ngāpuhi kuia Titewhai Harawira, who is seen year on year at Waitangi events leading ope on to the marae, said she was unsure how she felt about them returning but had a stern reminder of who ran things down there.

"It hasn't been talked about by our Ngāpuhi people, moving to the top marae had nothing to do with the politicians - leave us Ngāpuhi to talk about because the mana of our marae belongs to us, not the politicians."

However, the Crown did not turn up empty-handed with an announcement of a $150 million investment fund that the government says will ensure Ngāpuhi won't miss out on opportunities while they continue to negotiate their settlement.

The hope is for the Crown company, chaired by Sir Brian Roche, will acquire and grow a portfolio of assets that can be offered in negotiations with ngā hapū o Ngāpuhi.

Treaty Negotiations Minister Andrew Little said it showed they were serious about reaching a settlement with Ngāpuhi.

"We are acknowledging that we are serious when we do get to the point of agreement, we don't want them to lose value because it's taking longer than expected.

"Once we get to a point of reaching agreement an option will be to take the fund or to deal with the fund in any way that they want - it is not the total value of what I would expect to be a settlement for Ngāpuhi."

Despite the fund, Little would no doubt be questioned throughout the week on how that settlement is progressing - with discussions ongoing among hapū.

The prime minister will reach Te Ruapekapeka Pā for commemorations first thing in the morning before political parties and their leaders will be welcomed onto Te Whare Rūnanga on Thursday where whether the strongly mandated Labour Party has fulfilled its promises to Māori will be challenged.