The National Party has re-elected Peter Goodfellow as president. 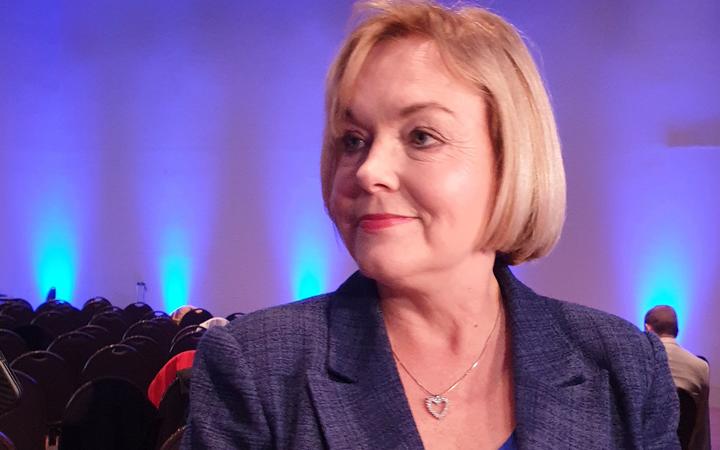 More than 550 people turned out for the National Party's annual general meeting at Te Papa in Wellington.

Collins took to the stage today to a standing ovation.

She began by thanking the outgoing MPs and the party members, then turned her attention to the next three years, which would be about rebuilding unity.

She said the party must stay true to its values, while listening to the public better.

"We must give New Zealanders a reason to vote for us," she said.

"We must be bold and inclusive. We need to listen."

Collins told them not enough time was spent talking about what matters to New Zealanders and that cost them.

She said National will be a robust opposition that will hold this government to account.

"New Zealand needs us to do this." 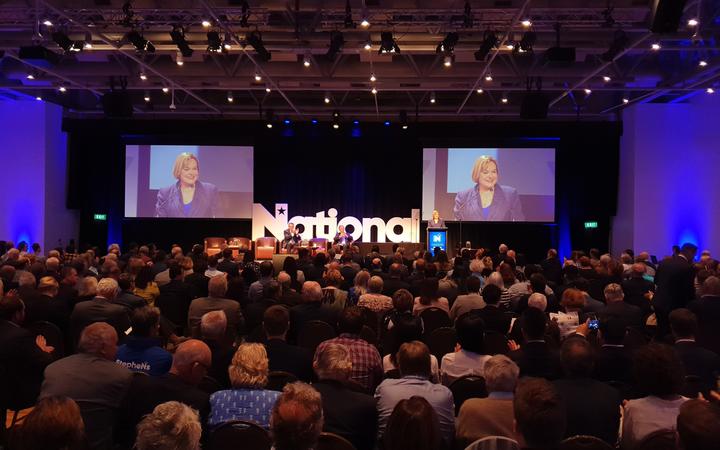 Sir John Key told the crowd the party must be honest about its defeat and recognise how damaging indiscipline and disunity can be.

"So here is my very simple advice to those who like to leak to the media - if you can't quit your leaking, here's a clue: quit the party."

Sir John called for party members and MPs to throw their support behind the leadership 100 percent.

Goodfellow, was seeking re-election along with South Island board member Rachel Bird.

Three board positions were up for grabs and four people, including Goodfellow and Bird, were in contention.

In his speech, Goodfellow led a tirade against the Labour government, accusing it of tyranny and calling it a "celebrity government".

He gave Labour credit for its clear communication over Covid-19 but said there was a downside to that.

"It was suddenly a crime for us to ask legitimate questions or comments, and daily broadcasts became televangalistic, like gospel to the masses. Democracy for a period of time gave way to a form of temporary tyranny."

Goodfellow began by thanking Collins saying members "couldn't be prouder" of her, to which the room clapped.

Goodfellow then went on to both praise and slam the Labour government's Covid-19 response and election campaign, saying it was a race of celebrity.

He finished his speech with a call for the National Party to rebuild and reunite over the next three years.

But a former National staffer said Goodfellow was completely out of touch with voters.

"He attacked the media and attacked Ardern, and called those Covid briefings a symptom of tyranny. Which is playing to the National Party's base which is at that AGM that he wants to re-elect him as National Party president, but sounds ridiculous to the wider public, including all of those voters who deserted National to go to Labour."