Analysis - The new Parliament might be the most diverse in history, but some things remain the same, including the high number of lawyers who have just been elected. 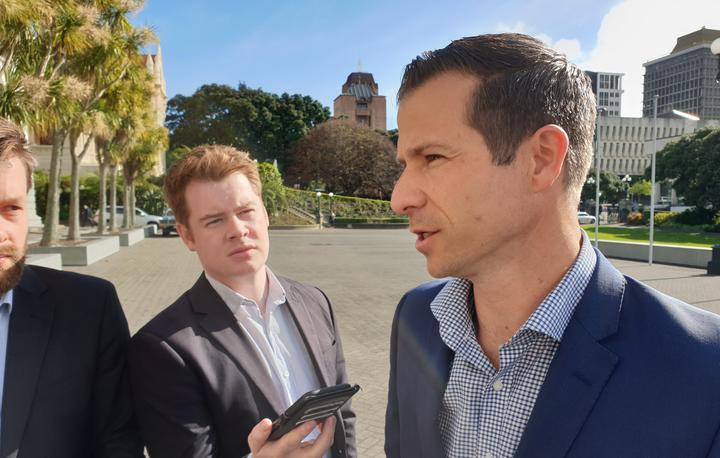 While there's only 14,000 practising lawyers in New Zealand, the 120-member Beehive will include 20 current or former practitioners - and that could rise to 21 if Labour takes Whangārei after special votes are counted. To put it another way, that's just under 20 percent of the total intake. No other profession comes close to supplying so many politicians.

They are following a fine tradition with six past Prime Ministers being from the legal profession as well as two acting PMs.

So why exactly do lawyers stand as candidates, and is it necessarily a good thing?

University of Auckland legal academic Tim Kuhner says there are some attributes that practitioners can bring to Parliament.

"A legal education is a great thing for any MP to have. Understanding the core norms and values of our representative system of government/constitutional monarchy, understanding the operation of contracts, property, constitutional law, torts, international law, alternative dispute resolution, and so on, would facilitate a much more sophisticated and empowered handling of most policy issues I can fathom," he says.

"So, in general it should be a very good thing to have more lawyers in Parliament."

Kuhner does note that sometimes lawyers-turned-MPs can fail to grasp the historical, sociological, psychological, and other dimensions of policy issues, and instead focus purely on legal means to problem-solve.

One of National's survivors from Saturday's election, Chris Penk, became a lawyer after a career in the Australian navy as a submarine driver.

Penk, who held Kaipara ki Mahurangi with a much-reduced majority, says lawyers have traditionally been involved in politics to a disproportionately high level, "which is understandable for a number of reasons".

"Certain skills are needed to succeed in both spheres, such as advocacy and good communications, and a working knowledge of the legislative process and statutory interpretation," Penk told the New Zealand Law Society ahead of the election.

"I'm motivated to be involved in politics by the opportunity it affords for problem-solving. In this sense, the lawyer and the MP perform similar functions in society, albeit that one applies the law and the other writes it."

Wellington lawyer Teall Crossen, who was two spots away from being elected for the Green Party at the weekend, says her motivation for standing at the last two elections is down to using her skills to pursue climate justice.

"My experience as an environmental lawyer at the United Nations, and climate change negotiations, as well as working in Aotearoa on local conservation issues, equips me with an ability to understand different perspectives and negotiate constructive and enduring outcomes that benefit people and nature," she says.

Politics and Public Policy professor Jennifer Curtin backs up Penk's observations on the capabilities of lawyers being conducive to an environment that draws up laws.

She says there's a long tradition of lawyers and the legislature being connected.

"As higher education numbers increased, and law schools proliferated, there has been a significant growth in the number of lawyers graduating, and given the legislature is where laws are made, it is perhaps unsurprising that we see so many gravitate towards a profession in politics," she told RNZ.

She questions whether the numbers of lawyers in Parliament is disproportionate, noting that while Sir Sidney Holland had eight lawyers out of 17 ministers in his 1949 cabinet, numbers have fluctuated since, with the average being three out of about 25 ministers.

"It is not uncommon to see commentators and others criticise the over-representation of lawyers; reference is made to surveys that indicate the public have low levels of trust in lawyers," she says.

"I am not sure we see that as much here in New Zealand; usually the criticism is that there are too many political professionals - party advisers - and not enough business people in politics.

"New Zealand's percentage is not as high as Australia's, which at times has reached close to one quarter. In the UK it commonly sits at around 15 percent with business being close to the same percentage."

The Labour Party has the most legal professionals in its new caucus, 14, followed by National (four), and the Greens (two). The total number of lawyers - whether still practising or not - who stood in the election was 41, stretching across the entire political spectrum.

* Craig Stephen is a part-time bulletins editor at RNZ.