Labour's election campaign manager Megan Woods says the party will not take its stunning mandate for granted and is looking forward to building a stable government. 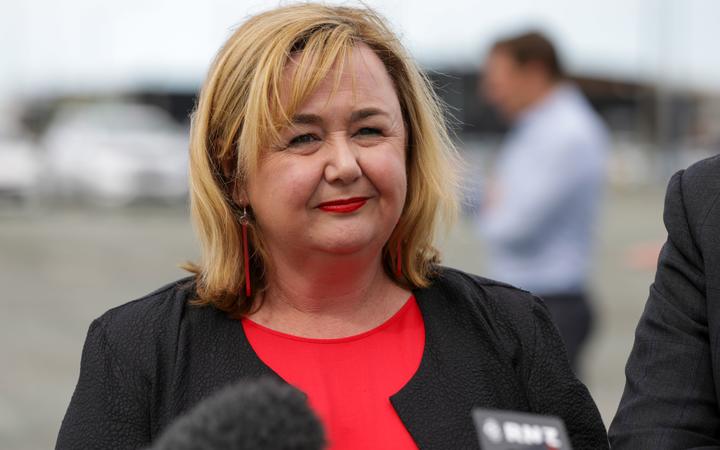 Megan Woods says they are looking at a timeframe of two to three weeks to form a government. Photo: RNZ / Nate McKinnon

With 64 seats on election night, Labour has become the first party able to govern alone since MMP was introduced in 1996.

Woods says Labour will be looking to build greater consensus across Parliament.

"We can govern alone but we want to build as bigger consensus as possible, there's discussions that are ongoing.

"I think the other thing that all New Zealanders want is they want this to be resolved swiftly, so looking to a timeframe of around two or three weeks to be able to form a government."

Labour has made no commitment to including the Green Party in the new government but talks between the parties will be held this week.

Woods says there are only four electorates where Labour did not win the party vote which is an extraordinary result.

She says it is a mandate for what Labour has been doing in terms of policies and ideas.

"We don't take this mandate for granted and we will be governing for all New Zealanders."

The new MPs have a 9am start in Wellington today for their induction, while the rest of the caucus in terms of all the returning MPs meet for a dinner tonight with the caucus meeting tomorrow, Woods says.

There will be a lot of new MPs and it is important that they are supported in adjusting to the parliamentary environment, she says.

Woods says the government will be working with both the union movement and business sector as it implements change.

She says Labour went into the election with clear policies and that is what the government will be delivering on.