National Party leader Judith Collins was delighted to find her mug on a mug while shopping at Smales Farm markets in Auckland today. 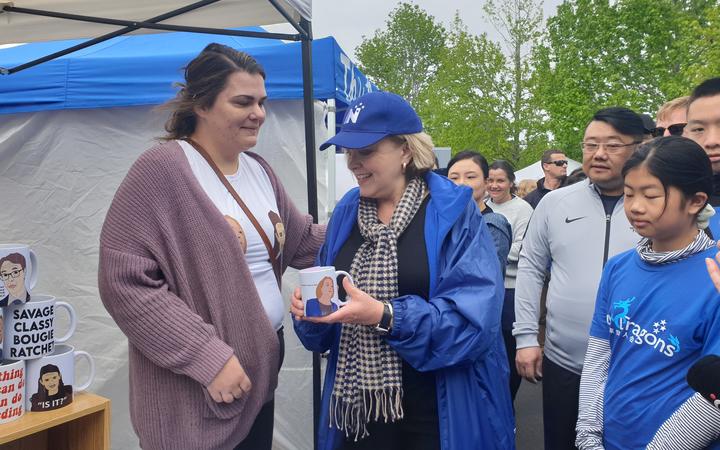 Judith Collins (centre) with Lisa Stirling (left) holding the mug with her face on it. Photo: RNZ / Yvette McCullough

The mug was a reference to Collins' line during the TVNZ leaders' debate "my husband is Samoan, so talofa," which subsequently went viral on social media.

Collins burst out laughing when she saw the mug.

The mugs are made by Lisa Stirling of No Filter Co, who then posed for a photo with the National leader.

Stirling said some of the Judith Collins mug sales have been donated to the Samoan Association.

"I had a lot of people coming to me, talking about what they were talking about in the debate and how the Pasifika community, specifically the youth, have been affected by what has been going on with Covid.

"I felt like it was only right to give a bit of money back to the people that help these kids stay in school," she said. 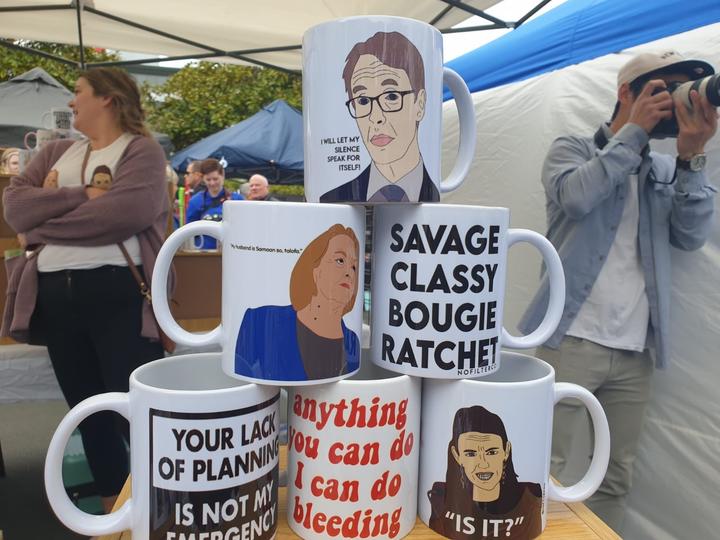 Stirling, who also has mugs of other public figures, said they were all in good fun.

"People love it, they love the Ashley [Bloomfield], the Jacinda [Ardern], I've got a Winston [Peters] one, he's not so popular, he needs to say something else for me, get him going viral," she said.

Winston's mug said "I'm surprised you're asking I thought you knew everything."

"That's an oldie but a goodie!" she said.