The Labour Party is promising to double minimum sick leave entitlements for workers to 10 days a year and raise the minimum wage to $20 an hour. 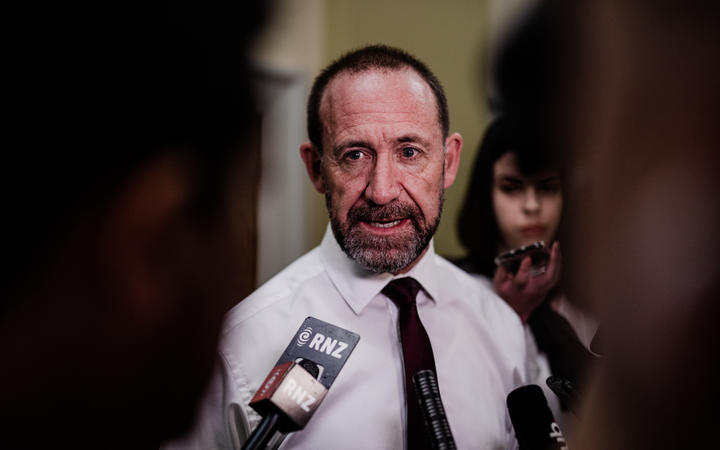 The party's Workplace Relations and Safety spokesperson Andrew Little announced the policy in Wellington this morning.

"Workers play a key role in getting our economy moving," he said.

"We cannot grow successful businesses without a strong and thriving workforce."

Little said Managing Covid-19 had shown how important it was for workers to stay home, even if they are sick.

Labour is also promising to increase wages and legislate for fair pay agreements.

"By investing in our workers, we are supporting New Zealand families while continuing to boost businesses and our economy," Little said.

"A race to the bottom on wages comes at the cost of our most vulnerable workers and undermines our productivity. Investing in our people needs to be a key part of our economic recovery from Covid-19. We want a productive and highly-skilled workforce where everyone shares in the benefits of economic growth."

The Green Party's workplace relations and safety spokesperson Jan Logie says her party would work to quickly implement Labour's plan for fair pay and extended sick leave if elected in to a partnership government with the party.

"The Green Party have long called for the implementation of fair pay agreements, so more New Zealanders have a dignified income. We know it is what is required to ensure that industry-wide, New Zealanders are paid a wage that means they can put a roof over their head and food on the table.

"Additionally, the Greens called for an extension to sick leave in August - it is particularly critical in the era of Covid-19 that if someone is unwell - that they're supported to take time off.

The Greens would also push to improve redundancy processes, and ensure a minimum one month pay for people who lose their job, Logie said.

The party also wants a review of the health and safety act, and implemented default union memberships at workplaces, she added.

The National Party is accusing Labour of being out of touch, after it announced its plans to raise sick leave entitlements and the minimum wage.

National's leader Judith Collins said the policy will only make it harder for workers to keep their jobs and would cripple businesses as they battle a recession.

She said National believes in a flexible workplace, but to legislate for any change in sick leave when small businesses are fighting for their lives is incomprehensible.

"Increasing sick leave entitlements from five to 10 days a year while also increasing the minimum wage to $20 next year shows how out of touch Labour is when it comes to small business."

Collins said her party is already being contacted by businesses that just can't take it any more. Some were just waiting for their leases to expire so they could shut up shop.

Labour was very good at giving away other people's money, she said, but businesses and their staff will be paying the price.

Act said Labour's plans to increase the minimum wage and sick leave entitlements will punish businesses in the midst of a recession.

"The recovery will rely on one New Zealander offering another one a job hundreds of thousands of times over in the years to come. These changes to sick leave and minimum wage entitlements simply make that transaction less likely," he said.

He said Labour doesn't understand small business, it was only interested in helping its union mates.

Act instead wants a three-year moratorium on raising the minimum wage and would reinstate 90-day employment trials for all businesses.

"2020 has been a tough year for working people and the policies here, a couple of them in particular; increasing sick leave, introducing fair pay agreements, I think has answered some of the problems we have seen this year," he said.

Wagstaff said the pandemic revealed the importance of essential workers and a lot of them are on very low wages, with poor employment terms.

A cleaner at the National Library in Wellington said an increase in sick leave entitlements would take pressure off her and her family.

Mareta Sinoti said five days' sick leave is not enough, as people get sick more than once a year, especially during winter.

Sinoti said her family can't survive if she has to take leave without pay.