National will unveil its plan to bolster border security this morning - with the promise of a single agency dedicated to keeping out Covid-19. 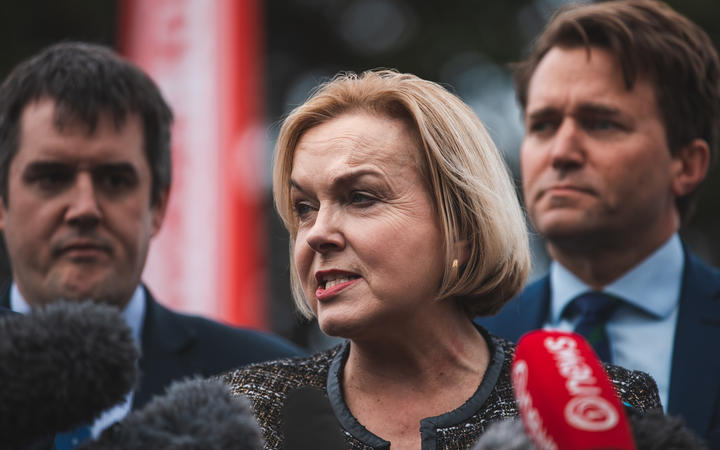 It comes after New Zealand First announced its proposal to set up a new Border Protection Force.

As the Labour-led government comes under pressure for the recent border oversights, other parties are keen to demonstrate how they could do a better job.

National's policy is expected to also include a single overarching agency to manage the border - but without the military focus.

It's understood to be more in line with the Canterbury Earthquake Recovery Authority.

People would not like to escape a military facility - Ron Mark

New Zealand First MP Ron Mark told Morning Report that his party's Border Protection Force proposal made logistical and economic sense and believes it would be more effective than the current system being used by the government.

"We [the military] have facilities that's under-utilised... when you look at the money being poured into these hotels we could have built infrastructure with a lot of that money and put up secure facilities which people would not have liked to escape from because of their location."

Mark said he had numerous conversations with his Cabinet colleagues about using Waiouru and places with an airstrip like Wigram in Christchurch.

He said those locations could have done with an injection in capital to improve facilities and put wired fencing around them to discourage people from leaving.

"The one thing the military is good at is quickly building facilities, but we'd need a hand to do that," he said.

Mark said the reason the government has stalled in its success of controlling the virus is because all of government taskforce under-utilised the military.

Speaking as the Minister of Defence, Mark said soldiers will bring more authority to quarantine facilities, which security guards have lacked.

More Defence Force staff are being rolled out at isolation facilities in response to a number of quarantine bungles.

Soldiers have no power to detain or arrest people who try to escape facilities, but Mark said they have soft power and will ensure the facilities are running safely.

"There are those of us that said right at the outset that we would need this level of rigour, discipline and control of our personnel," Mark said.

"People who were experienced, mature, who had been in difficult situations are used to handling civilian people with empathy and responsibly, a little bit of wisdom and maturity to be able to assess situations and know how to handle people without using force."

He said he's had reports from police of people mingling in managed isolation with people they shouldn't be mixing with and getting drunk and doing "bizarre" things.

When it came to powers of enforcement, that will be left to police, Mark said.

"The police will always be present on site.

"Those people who chose to behave in an uncivilised manner ... there will be a police officer there that will arrest them, cuff them and take them to a cell."