National Party leader Judith Collins claims she has received an allegation about a Labour Party MP but will not say what it is. 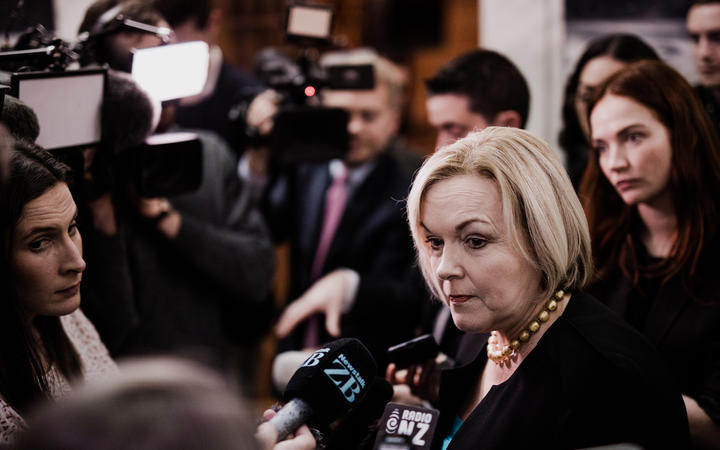 Collins told Morning Report she passed on an allegation to Prime Minister Jacinda Ardern yesterday then told media about it this morning when asked. She would not say what the allegation was.

"Yesterday I received an email from a member of the public saying they had information on a Labour minister [and there was] something in there about the nature of that. I spoke right away to the prime minister after question time and I advised her this had been received and I was not going back to the informant asking for further details or anything, that I wanted to make sure that the information got directly to her... I don't want us engaged in this, I want us involved in what matters to the people."

She said she did not want to go into detail but said it was "fairly inappropriate behaviour".

Asked if the email she received contained an allegation or evidence, Collins said: "No it was more an allegation ... but wanting to send me more information".

"I just don't want to have anything to do with it."

When it was pointed out that she was the one who put the story into the public domain, Collins said: "No I haven't actually put it in the public domain, I've been asked a direct question this morning on another news media about whether I have received anything like that and the answer is yes I have."

The minister for education and health, Chris Hipkins, told Morning Report: "Any issues around ministerial conduct really are matters for the Prime Minister".

Asked about Collins' conduct in raising the issue, Hipkins said: "There is a slight contradiction in saying you don't want to get involved in anything and then putting the allegations into the public domain."

RNZ has contacted the Prime Minister's Office for comment.