The government has announced a $3 billion infrastructure fund that will help create more than 20,000 jobs post Covid-19. 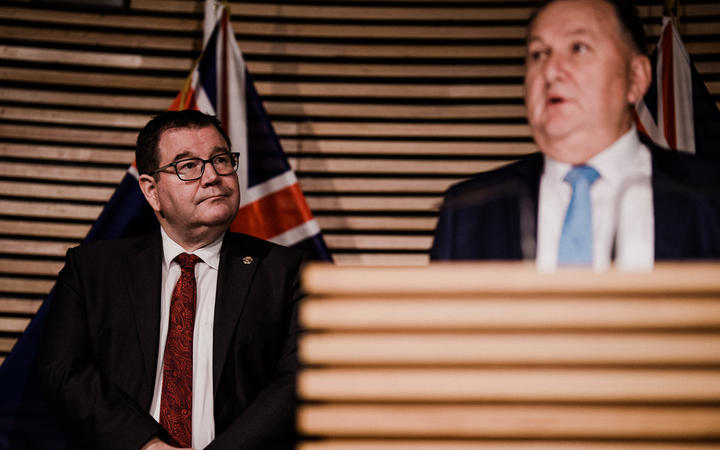 Finance Minister Grant Robertson and Infrastructure Minister Shane Jones today outlined how $3b in the Covid Response and Recovery Fund will be allocated across the regions.

They said the investment package included about $210 million for climate resilience and flood protection projects, $155m for transformative energy projects, about $180m for large-scale construction projects and $50m for enhanced regional digital connectivity.

"This is about creating jobs as we recover and rebuild from the recession caused by the global Covid-19 pandemic. Because we went hard and early with our health response, we've been able to open up the economy quicker than other countries and get a head start on our recovery," Finance Minister Grant Robertson said. 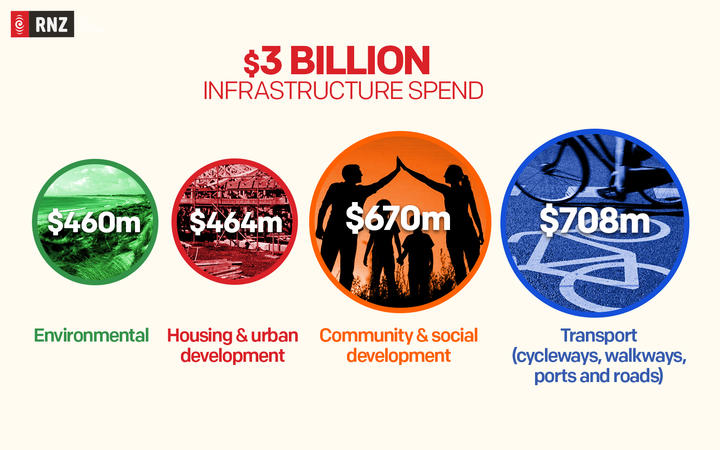 He said the overall package was expected to deliver more than 20,000 jobs across New Zealand and unlock investment with a project value of more than $5b.

"Building infrastructure is a key component of our economic recovery plan. It creates jobs and provides much-needed economic stimulus."

"There's a range of way we get benefit from these projects" in terms of jobs, Robertson said.

Firstly during the construction phase, then secondly when facilities opened and provided ongoing employment.

"I think overall the balance is pretty good in terms of projects that employ a lot of people in the immediate term and ones that will have long-term benefits for the community."

The projects, all beginning at different times, would lead to a "pipeline" of job creation, Robertson said.

There was still some due diligence to do on projects to make sure they stacked up, he said.

In addition, the announcements were a "sample of the projects that have been announced. There will be a rolling set of announcements over the next couple of weeks", Robertson said.

That was because there was a "host of them... there are just literally so many of them it wouldn't be helpful to try and do them all today".

Missed the announcement? Watch it back here:

But the government needed to act quickly, Blair said.

"What we need to do is move from announcement to getting the money in the hands of the industry as fast as we possibly can with rapid deployment models," he said.

Meanwhile, the National Party was not confident the government will be able to deliver. 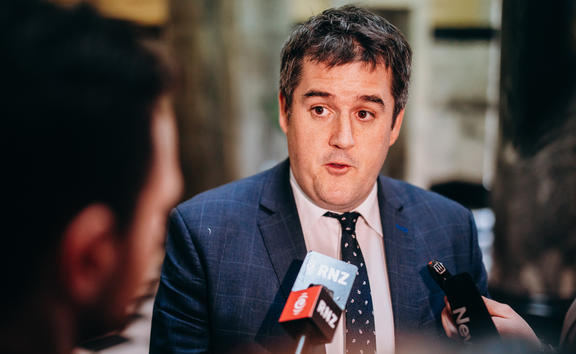 Infrastructure spokesperson Chris Bishop said the projects were worthy, but he could not see work getting under way any time soon.

"This government's chronic failure is a complete inability to deliver on what they promise.

"Whether it's roading projects that they've delayed or cancelled and then brought back that haven't actually started yet, or if it's the Auckland Light Rail project that they've spent three years esentially doing nothing on, they've just got a real failure to deliver," Bishop said.

Earlier this year, ministers established the Infrastructure Reference Group (IRG) to work with local councils and businesses to identify a pipeline of projects to support the economy during the Covid-19 rebuild.

The IRG received a total of 1924 submissions across approximately 40 sectors of the economy.

Cabinet approved 150 of those projects worth $2.6 billion.

"We have focused on key sectors that are central to the government's economic plan - housing and urban development, climate resilience, energy and community development," Robertson said.

"This package will provide Kiwis with confidence that the government is backing them in this challenging economic environment by creating new jobs and opportunities in communities around the country."

Robertson said the number and range of submissions had given the government a "greater understanding of the pipeline of projects not just within central government, local government or the private sector, but right across the New Zealand economy".

Allocations of funding for projects across regions was based on analysis where the impacts of Covid-19 would be felt harder, Robertson said.

But he acknowledged that all regions had been impacted.

How the $3 billion will be spent:

The projects were in addition to the $12b New Zealand Upgrade Programme and existing Provincial Growth Fund investments.

Jones said the pipeline of projects would create immediate economic activity in the metropolitan centres as well as the regions.

"Both are critical to our economic and social recovery from the Covid-19 crisis," he said.

"The specific projects we're announcing today are examples of the sort of projects we're supporting - from nationwide investments in flood protection and better digital connectivity to civic facilities that we know form the bedrock of our communities."

Jones said there were four broad areas that the funding targeted: housing and urban development, environmental projects, community and social infrastructure and transport.

"We have endeavoured to spread the focus so that it embraces as many communities of interest," he said.

"There is a tremendous degree of infrastructure activity taking place. there's obviously going to be a lot of pressure as to when these things start. We have been assured ... that they will be underway and started within a 12-month period."