National leader Simon Bridges wants the government to put off "green tape" policies in the farming and primary sector.

The comments were in response to a question asked during a presentation to the Otago Chamber of Commerce, on whether the government needed to change some of its policies it wanted to introduce in the primary sector.

Bridges said it was one thing to have certain policies in good times and another during a time of deep recession or depression.

"Some of the policies around climate change, water, a variety of other areas of green tape I think are going to be unhelpful at this time.

"I'm not suggesting these issues aren't important, they are, but the facts have changed and we need to change what we do."

The focus in the next couple of years needed to be on jobs and growth, he said.

"It doesn't mean trashing our environment, it just means not lumbering our productive sectors with cost, compliance and uncertainty."

Any ideological reforms and green tape the government wanted to introduce should be put on hold, he said. 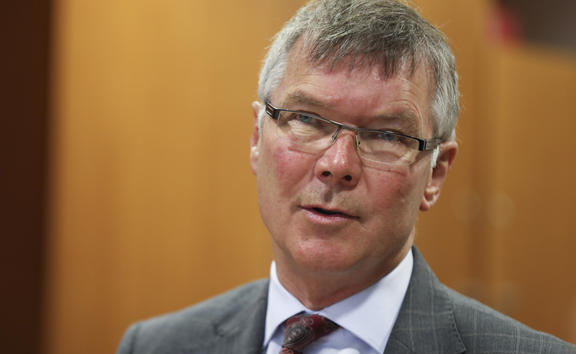 Environment Minister David Parker responded by saying the government was pushing hard to restore and rebuild the economy and retain and create jobs.

"That was the main focus of the Budget."

He said good environmental polices did not get in the way of jobs or growth, but rather, enhanced them.

"Countries all around the world are looking for opportunities to make things better, not let them get worse.