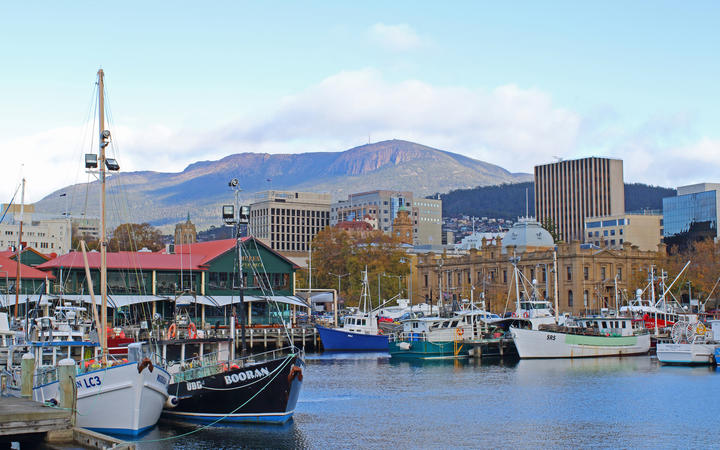 Not since the late 1990s have planes flown directly between Hobart and New Zealand, but the Tasmanian Premier Peter Gutwein has told Australian media he's already spoken to Tourism Tasmania and Hobart Airport about how it might work.

Winston Peters is excited by the idea too, and has heaped praise on Gutwein for thinking outside the box.

News of a trans-Tasman travel bubble has business and tourist operators rejoicing as the sharp economic downturn endures and they attempt to plan for life under anything but business as usual.

Yesterday, Ardern and her Australian counterpart, Morrison met through a secure video call, alongside chief ministers and state and territory premiers, and while it was agreed a safe travel zone was the goal, just when that might happen remains unclear.

But that was not stopping Gutwein, who told media talks were already underway about quarantine arrangements.

That caught the attention of Peters. 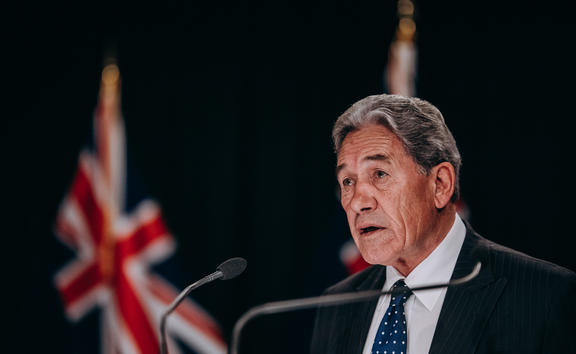 "Well it is seriously exciting that first of all you've got a premier thinking outside the square, so to speak.

"He is looking back to a former time, when those flights took place and he is looking now at the success of the Covid-19 attack from Tasmania and New Zealand's attack as well and he sees possibilities and we need to think like that, we have got to give the words agile and nimble some real meaning and not just be a bureaucratic cliché."

Both Ardern and Morrison want a travel zone that takes in all of Australia - with the ability to exclude any state caught in a Covid-19 flare-up.

While 1.4 million people travel between New Zealand and Australia each year, Morrison said the first priority was getting Australians moving around their own country.

"It is something that will better sit alongside when we're seeing Australians travel from Melbourne to Cairns, about that time I would expect everything being equal, that we'd be able we'll be able to travel Melbourne to Auckland or to Christchurch or things like that," he said.

For his part, Peters said getting started with a state that could safely handle the risks was better than nothing at all.

"Of course we'd aspire to the big picture, but if it has to be a small picture to start off with then lets try that for a short while and make that work as a demonstration to the remainder of Australia that it can work," he said.

Opening up the borders will require a number of controls and health checks at both ends and Peters said demanding a medical certificate with proof of a negative Covid-19 test was an obvious minimum requirement.

"I think that is the easiest test to meet, you just have to shoot downtown, go to some supermarket, stand in line, get it and get a certificate off the person who gave it to you and you're in business, it's not complicated," he said.

If all those safety checks could be met the opportunities for tourism operators in both countries would be significant.

What the tourism and aviation industry says

The head of the Queensland Tourism Industry Council Daniel Gschwind told the ABC getting New Zealand tourists back in would be vital, as they are add about $600 million to the economy each year.

And with the ski season only about six weeks away, ski fields have been waiting with baited breath to find out what they can expect.

Cardrona Alpine Resorts general manager Bridget Legnavsky said while local skiers made up 60 percent of their market, Australians accounted for another 30 percent.

"The trans-Tasman bubble is like a glowing hope, that's like almost us almost getting back to normal, that would be absolutely amazing," she said.

"First of all we have to get domestic tourism moving again ... but if we can get some of the Australians coming back across the ditch that will be a major bonus," he told Morning Report.

The industry is planning a to encourage domestic travel. "It'll certainly try to tug on the heart-strings of New Zealanders about having a great tourism experience in your own country but supporting local business and keeping people in jobs."

Once the trans-Tasman was open Peters said the Pacific would be next on the radar.

He said Niue, the Cook Islands and Samoa are all serious contenders for their own travel bubble with New Zealand.

But for now, the long-standing birthright to pop across the ditch is the focus.