Analysis -The Covid-19 epidemic is doing strange things to the political landscape. What is the "new normal" going to look like and how will it affect the election? 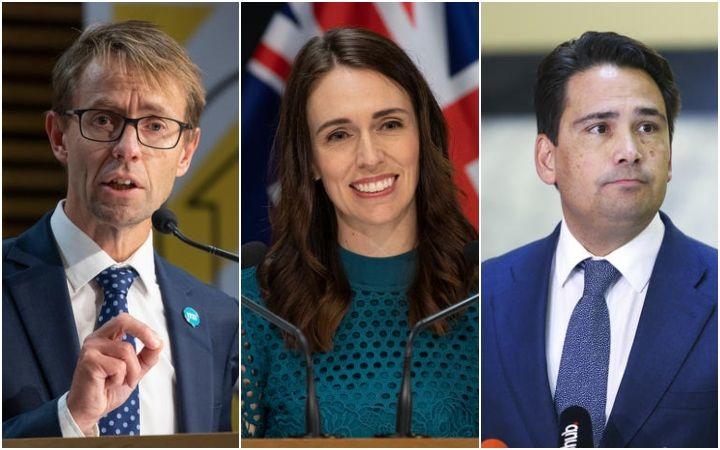 Private polling is reported to show National's support falling sharply, and there is another bout of leadership speculation.

Opposition leader Simon Bridges criticises the government on Facebook and is hit by thousands of angry responses, including many from his party's supporters.

The epidemic is changing the political landscape, and within that landscape an election is going to be held on 19 September. It won't be business as usual.

The Colmar Brunton poll was taken on 20 and 21 April, after the move to level 3 had been announced. When the same questions were asked at the beginning of the month, 84 percent backed the lockdown. Support for it has actually increased. The percentage of people strongly supporting it has gone up from 55 percent to 68 percent.

Pollster Edward Langley said people were seeing the light at the end of the tunnel.

"I think we are seeing something special. We are setting aside our party political affiliations and we're getting in behind the government."

By the time the election is held the country will be up and running again, unless there's an unexpected second wave of Covid-19.

Politics will have returned to a "new normal" and it might not be a comfortable place for the National Party.

It's difficult to recall the issues parties were squabbling over before Covid-19, apart from the big picture items such as climate change and water quality, which are always going to be there.

The rhetoric and point-scoring that was going on in Parliament seem irrelevant now, and opposition MPs will look petty if they start harking back to the same old government failures and broken pledges.

When MPs hit their stride, they won't be running on the same track they were on before Covid-19.

The odd thing about the response to Bridges' Facebook post was that he was being criticised for doing his job. The opposition is there to scrutinise the Government's actions and point out things it believes could have been done better.

He struck the wrong note, however, and it wasn't the first time he had misjudged public attitudes.

That appears to have set off another wave of discontent with his leadership. There's nothing solid, but speculation and instability is always a bad thing for a party. Radio New Zealand's political editor Jane Patterson says there's no actual challenge yet but Mr Bridges has "a serious situation with his caucus on his hands".

Right now he is being helped by the fact that his MPs are spread out around the country, and when Parliament resumes next week they still won't all be there.

Throughout the crisis, Prime Minister Jacinda Ardern has been absolutely non-political. She refuses to react to opposition criticism, saying she has a big problem on her hands and she's doing her best to get her "team of five million" through it.

Her attitude, and the way she's communicating with the team, must be enhancing her chances of winning a second term.

If the reports of National's support tanking are correct, the party is going to be in the difficult position of having to rebuild in just a few months. It will have to focus on the economic recovery, and the Government will be acutely aware that its own fortunes are tied to that as well.

Finance Minister Grant Robertson has got most of it right so far, but there's growing concern about the viability of thousands of small businesses as we start emerging from the lockdown.

He is talking about more support but shops and restaurants want more than words. He's going to have to deliver, and soon, or he could be looking at horrendous unemployment figures.

Serious questions are being raised about the Ministry of Health's Covid-19 contract tracing system. It's clear from the questions opposition MPs are asking that they think the Director-General of Health, Dr Ashely Bloomfield, is painting a far too rosy picture of the progress that's being made in achieving the "gold standard" he said was necessary for Level 3.

Dr Ayesha Varrell, the infectious diseases expert commissioned by Dr Bloomfield to audit the system, found serious shortcomings. She reported Public Health Units needed three to four-fold capacity increases, and told Checkpoint on Monday that when she did the audit the tracing system was only 30 per cent as good as it needed to be.

Dr Bloomfield, and Ardern, insist it has been brought up to speed. Woodhouse has doubts about how that could have been achieved so quickly.

The reality, however, is that new Covid-19 cases have dropped to a very low level and unless there's a huge spike the "gold standard" system won't be tested.

The Government's aim is to eliminate the virus. Ardern has explained that doesn't mean it will be gone for ever, but if the odd case appears it can be quickly detected, ring-fenced and stamped out.

A huge and very expensive effort is being made to eliminate Covid-19. If it works, New Zealand is likely to be the first and perhaps the only country in the world to achieve it. Ardern will thank the nation, and reap the rewards.