The government is looking at user-based apps to help contact tracing for people who've been in contact with Covid-19 cases. 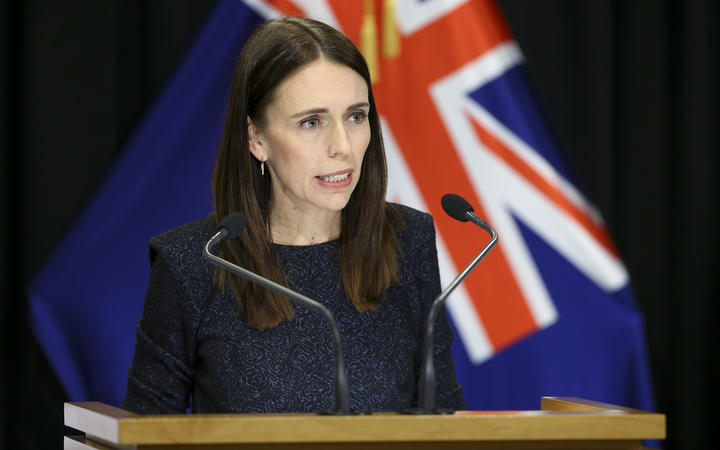 Prime Minister Jacinda Ardern told Morning Report contact tracing, border restrictions and the use of self-isolation will be "the new normal" for a long time to come.

Ardern said work was being done on creating technology to help with contact tracing.

Officials were looking at what was being done in other countries, including Britain and Singapore, and apps were also being looked at to help trace contacts.

"We do use finding services so that roughly means police, Customs, airlines to try and find people.

"But using technology is going to be part of the solution.

"Technology will be our friend as we try and find ways to make sure we've got tight, accurate contract tracing.

"Some countries are using anonymised data so they can tell how many people you were in close proximity to but they won't necessarily always be able to tell you who that was.

"It's about working with those technological solutions but also overcoming some of those issues around people's privacy and building a system that New Zealanders are willing to use."

The country's three major IT groups say they have been left out of the loop over picking the right technology to speed up contact tracing.

But Ardern said the government had asked some in the private sector to "have a think" about what is viable and the solutions to some of the issues.

Along with technological solutions there may be some of those systems in a manual form as well, and business may play a role.

One example was that of a takeaway food business during the Alert Level 3 phase that was taking the names of people as they came through the door.

Ardern reiterated key factors in exiting the lockdown include testing, rates of community transmission and the success of contact tracing.

"We want to get out of Level 4 as quickly as we safely can," she said.

"Our testing numbers are good and the proportion of positives we have is relatively low and that puts us directly comparable to South Korea.

"We're stabilising but we need to see those case numbers come down."

Contact tracing, border restrictions and the use of self-isolation for suspected cases and those who have had contact Covid-19 will be used for a long time after the lockdown is lifted.

"That will be, for a long time to come, the new normal."

National Party economic development spokesperson Todd McClay said there needed to be more freedom for businesses to keep operating, to give the economy the best chance to weather the effects of Covid-19.

"The government needs to remain agile when it comes to allowing businesses to operate during the lockdown, if they can prove or show that they can do so safely," he told Morning Report.

"To date the decision-making has been too arbitrary and there are too many inconsistencies. For instance, allowing dairies to open but not local butchers or greengrocers, agriculture to continue but not forestry, cigarettes to be manufactured but community newspapers cannot be printed.

McClay acknowledged the government had reconsidered and relaxed the rules in some cases already, but said this needed to be taken further.

Ardern said there were no fixed timelines but she wanted New Zealanders' lives and livelihoods to be as little affected as possible.

"Ultimately we do want to get back to a position where people are able to operate but those baseline things will always be present.

"So I would say anyone who works in food service start thinking now about how you can be part of really robust contact-tracing, while we continue to work really solidly in getting control back of Covid-19."

Director-General of Health Dr Ashley Bloomfield said the government had had a myriad of offers of apps that use GPS or Bluetooth technology and was actively is looking at what role it could play.

"It's something that we are looking at and will be particularly useful as we look to drop back down to Alert Level 3."

The ministry is continuing to look at privacy issues and implementation of the technology, he said.