The Finance Minister is challenging the opposition leader to say which services a National government would scrap, in order to deliver tax cuts. 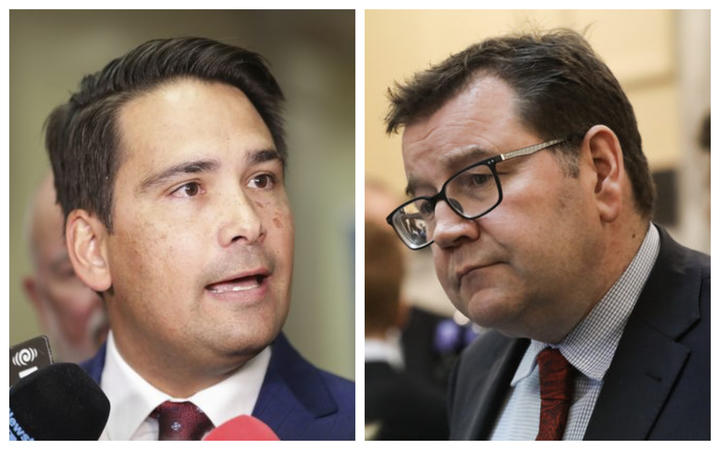 Simon Bridges has flagged a tax cut package - saying New Zealanders are struggling under the costs imposed by the coalition government.

He said those on the average wage should not be paying 33 cents in the dollar.

There are a few problems with that - only earnings over $70,000 are taxed at that rate.

Speaking to reporters after his speech, Bridges said he was not actually talking about people earning that much, saying in his view an average wage would be around $65,000.

He also defended the lack of detail in the announcement, saying voters would not have to wait long to hear the whole package.

National has been criticised by its opponents in the past for underspending on vital public services in government, while touting broad based tax cuts.

When asked if he could face the same accusations in 2020, Bridges said National's priorities would be different.

"We won't waste as much money frankly on a bunch of things. I've been really clear though - health, education, infrastructure are incredibly important to me, that's part of building a brighter future.''

Bridges would not make "clear concrete announcements" on what would go under a future National-led government.

"I could go on, I think the short point is we have options - there will be different priorities and that will allow us to do the things we want like investment in infrastructure, like tax relief, health, education as well,'' Bridges said.

But Finance Minister Grant Robertson said there's always a pay off, and Bridges should say what that is.

"I think Simon Bridges is misleading here, he's got his facts wrong on what the median income is, and I think this is typical election year politics from the leader of the National Party.

Robertson said the median wage - about $53,000 a year - is a better measure of a middle income earner.

But he is not ruling out campaigning on tax cuts as well, saying Labour's policy is still a work in progress.

"New Zealanders do pay a rate of tax that compares well to the rest of the world, we'll continue to look at our options in that regard.

Robertson also rejects Bridge's criticisms of the economy, saying unemployment is low, and there's been growth in wages and the economy.

At the last election one of the main points of difference was National campaigning on tax cuts, and Labour promising to cancel them.

National told voters they deserved more in their back pockets, Labour argued any tax cut would inevitably benefit the rich, so targeted spending was more effective.

Labour stole a march on National with its $12 billion infrastructure announcement to start this election year, and may be lining up to do the same with tax.