The Greens have highlighted issues with the climate, housing and inequality in their tradional "State of the Planet" speech. 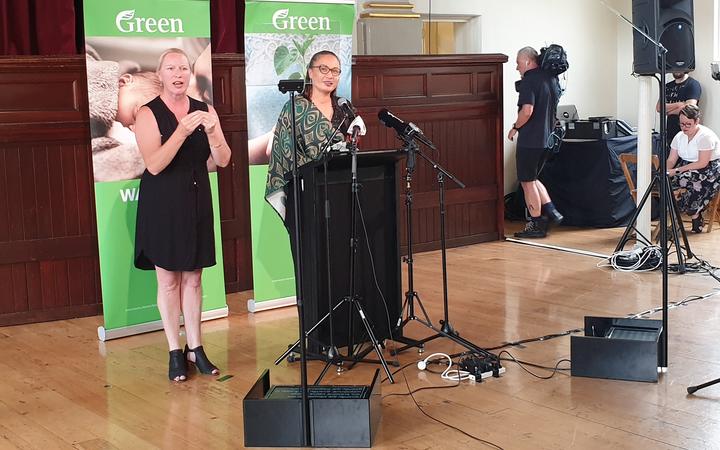 Co-leader Marama Davidson gave the party's speech today and took the opportunity to announce she will once again be seeking nomination for the Tamaki Makaurau electorate in this years election.

Davidson took a stock take of the Greens' first two years in government.

"We've done so much, including banning new offshore oil and gas permits, delivering a blueprint for a kinder and stronger social safety net, and passing the Zero Carbon Act," she said.

However, she stressed the work that was happening in Parliament needed to go further and faster.

"I look forward to the day when humans stop thinking we can be the boss of our big mama, and just love her the way we are supposed to," she said.

She highlighted the indigenous peoples roles in protecting the environment.

"Indigenous peoples expertise, knowledge and most importantly leadership is critical in protecting our climate, solving inequality and caring for our planet."

But she did note that other people may have more pressing problems they instead needed to deal with, particularly with housing.

"Someone commented, 'You know Marama, I can't even think about this climate stuff while I'm losing the house I live in because I can't afford the rent increase'."

She said that raised a valid point.

"In creating a zero carbon world, we have to make sure people are able to put food on the table and have a roof over their head, otherwise our solutions will seem irrelevant to their lives," she said.

Davidson also criticised roaming armed police, an initiative that was backed by the Police Minister when it was launched in October.

"I'm proud and a little bit sad to be honest, to be the only politician supported by my colleagues pointing out that our south Auckland families don't need roaming armed police they need homes, decent jobs, health care and education," the Green Party co-leader said.

Davidson said she had spoken with Police Commissioner Mike Bush on the matter.

"I sought assurance that this is a trial, I made it very clear that the communities are not on board with the trial," she said.

"The police released only recently a report to rebuild trust between Maori communities and the police, these sorts of moves go against rebuilding that trust."