The National Party says Shane Jones has serious questions to answer about his knowledge of a forestry company's application for $15 million from the Provincial Growth Fund. 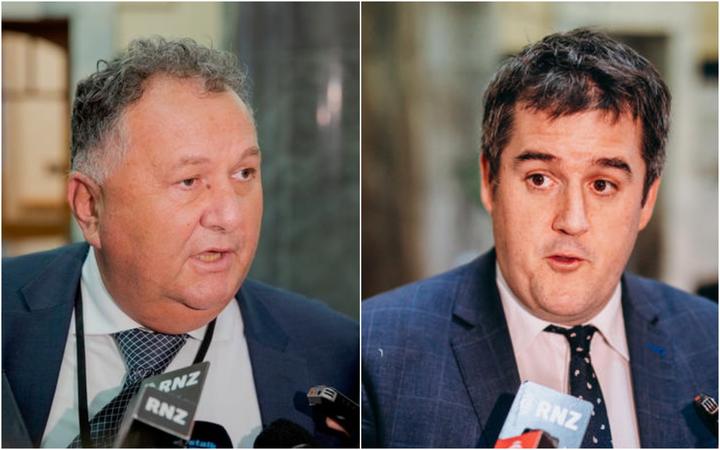 NZ Future Forest Products (NZFFP), a company with links to New Zealand First, said it had given a presentation to Jones some months before the minister said he had first heard of the company's project.

National's spokesperson on regional development Chris Bishop is calling on the Auditor-General to investigate.

Jones, a New Zealand First MP who is forestry minister and the minister responsible for the $3 billion Provincial Growth Fund, has consistently said he first heard about the NZFFP bid on 14 October last year.

He wrote to the prime minister on 14 October last year recusing himself from the decision-making process because of a conflict of interests.

But in an interview with RNZ, NZFFP director David Henry, who signed an application form in April stating the company had made a presentation to the minister, said he and Jones had had a 15-minute meeting in Wellington.

"We had a discussion with Shane. I think it was about a 15-minute chat. Whether you want to call it a briefing or a presentation - it was a short discussion generally about the New Zealand wood supply chain and what we personally believed."

He said the Provincial Growth Fund application was not discussed. "It wasn't a discussion about NZFFP."

Jones declined to be interviewed over the latest revelation but in a statement said the presentation never happened. "There was no presentation as described by the applicants," he said.

The statement said Jones "did not have any Ministerial meetings to discuss the application".

The application was ultimately unsuccessful with the government declining the funding bid.

Bishop told Morning Report it "beggars belief" that Jones was unaware of the project earlier.

"From all the evidence we've seen ... the various papers that went into his office over the six months that mentioned the company, the fact that the company itself says they had a meeting with him earlier in the year - at least before the application went in - all the evidence suggests that Mr Jones has serious questions to answer.

"I think the prime minister should be asking serious questions about it.

Bishop said National would be following up on the NZFFP statement that it gave Jones a presentation, and that the Independent Advisory Panel wrote to the minister in July.

Documents show the Independent Advisory Panel, a government-appointed advisory group, was supportive of the NZFFP proposal and wanted the $15 million loan to go ahead. The chair of the panel, Rodger Finlay, who was appointed by Shane Jones, wrote to him on 10 July saying "the IAP are supportive of the overall objectives" of the NZFFP project, which they believed could generate jobs.