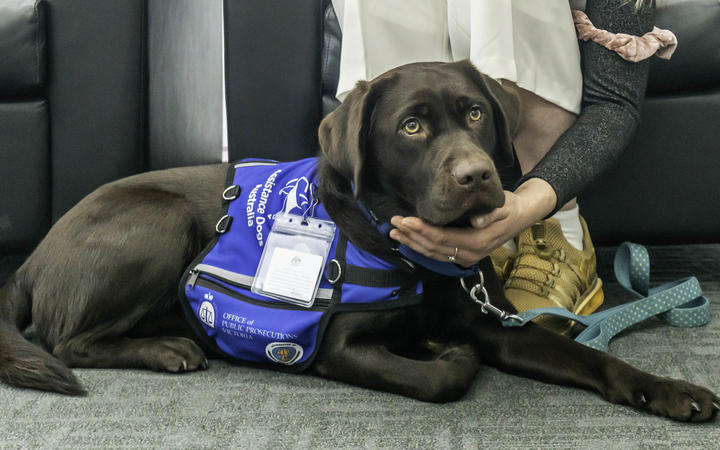 The party's Courts spokesperson, Chris Penk, said the system could often be a traumatic experience for victims who could be facing someone who had committed crimes against them.

He said it was well established that animals - particularly dogs and cats - could have a therapeutic and de-stressing effect.

Penk said having trained therapy dogs on hand could be particularly valuable for children in custody cases.

He said the idea has already been proven in the Bay of Plenty.

"Louie, the Tauranga District court dog, was a much loved and hardworking court therapy dog, and many people appreciated having him near. Unfortunately he passed away last year.

"I want to see dogs like Louie supporting children and victims across New Zealand," he said.

"National recently released its Law and Order discussion document. This is one part of our plan to put victims at the heart of our justice system.

"It's time the government committed to every court having dogs like Louie available."