The government will be banning foreign donations to political parties and candidates.

Legislation will be introduced to Parliament this afternoon and passed under urgency.

The bill introduces a new requirement that party secretaries and candidates must take reasonable steps to ensure that a donation, or a contribution to a donation over a $50 threshold, is not from an overseas person.

That threshold is to ensure that small-scale fundraising activities such as bucket donations and whip-rounds won't be affected - but big donations will.

Minister of Justice Andrew Little said the risk of foreign interference in elections was a growing international phenomenon and could take many forms, including donations.

New Zealand was not immune to that risk, he said.

"We need to protect the integrity of our elections. These changes will reduce the risk of foreign money influencing our election outcomes," he said.

"We've seen in other countries an avalanche of fake news social media ads that contain no information about who is behind them.

"That's not fair and we don't want to see it repeated here," Mr Little said.

New Zealand will be joining the likes of Australia, which bans foreign donations over $1000, Canada, which has a $20 limit, and the United Kingdom, where the donation ban is set at over £500.

In April the heads of New Zealand's intelligence agencies warned there were active efforts to influence democracy here through expat communities and political donations.

The National Party will support the legislation but doesn't think it should be rushed through the House.

The party, in a statement, said the government was side-stepping democracy for the sake of looking busy and trying to deflect away from a terrible poll result and allegations surrounding the NZ First foundation.

It said passing legislation under urgency without good reason would set a terrible precedent.

National would support a shortened Select Committee process, so experts and the public could make a contribution. 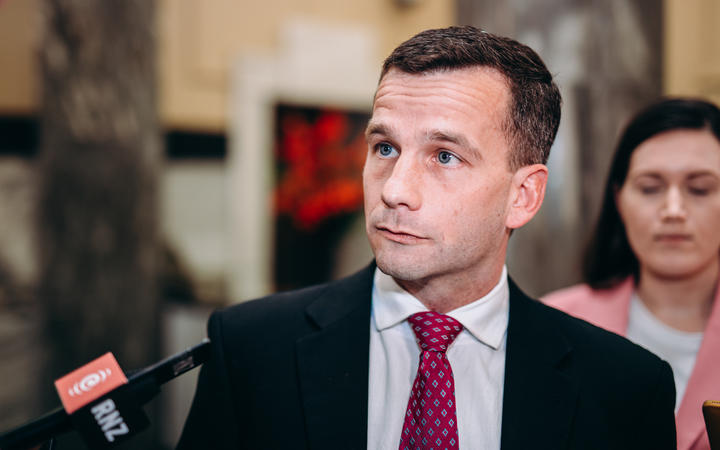 "All of the workaround that some people may be using are unchanged because the definition of an overseas person and a New Zealand person are the same, the only thing that has changed is the quantity of money.

"By making it $50 it is going to be a nightmare for political parties to comply with because every time you get a $51-donation you have to find out where the person lives," he said.

Mr Seymour said by going under urgency it would exclude the public from having a say under the Select Committee process.

But Mr Little defended the legislation going through urgency.

"If it's going to have any meaningful effect, we need to have it in place for the beginning of next year, not part way through next year.