The Deputy Prime Minister's case against two top civil servants, two former ministers, and a ministry has wrapped at the Auckland High Court, with the judge is reserving his decision. 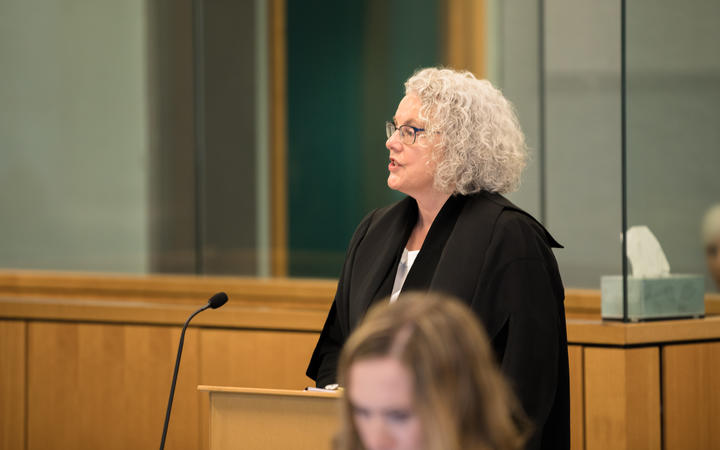 He was overpaid nearly $18,000 over seven years because he did not fill out a section of his application form that asked whether he had a partner.

Details of the overpayment were leaked to the media ahead of the 2017 election.

Crown lawyer, Victoria Casey QC, gave her closing arguments this morning and argued that Winston Peters' claim his privacy was breached "falls away entirely" when held up against the law.

While Mr Peters' lawyer Brian Henry said there was a clear breach, there was no ministerial responsibility for the issue, and the briefings weren't politically neutral.

Ms Casey told Justice Venning the only question he needs to consider is whether her clients' decision to brief their ministers under the 'no surprises' convention breached a "reasonable expectation of privacy" and whether it was "highly offensive".

Mr Peters claims 11 complaints, including that the briefing under the guise of the 'no surprises' policy was a "sham" and the information was nothing more than "salacious gossip".

He also claims the briefing was out of order because it related to operational matters and was therefore not the ministers concern.

But Ms Casey told the court none of these complaints are relevant to the legal question at hand - privacy.

"Winston Peters could not have had a reasonable expectation public agencies with such information would not tell their ministers who have accountability to the House", she said.

Ms Casey also spoke of the high stakes for her clients, because these allegations go to the heart of their integrity.

She warned that if Mr Peters complaints are upheld it would be "catastrophic" and career ending for them.

"I ask the court to pay due attention to the chilling effect on the public sector and the reputational impact of even a passing comment by the High Court of the judgments exercised by these two senior public servants.

"I submit that it is appropriate that the court should exercise real caution before engaging in a review of matters that are beyond the scope of the pleaded claim", she said.

Ms Casey also repeatedly relayed her argument that many of Mr Peters' claims, as well as not being proven, were never put to her clients under cross examination.

However in his closing, Mr Henry, said issues such as "salacious gossip" were an inference of facts and therefore no cross examination was required. 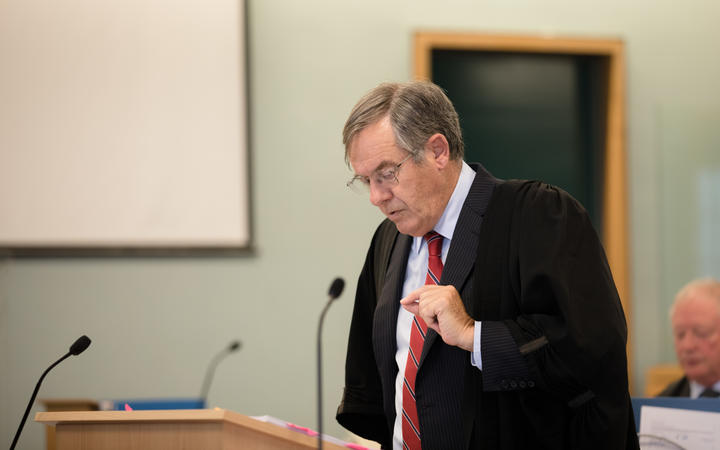 He also said that Mr Peters was not accusing her clients of "bad faith" but rather for them to "prove good faith".

Mr Henry said because of the way things played out in the trial, it has become clear, in his view, that on the balance of probabilities, the person who leaked Mr Peters' details to media can be traced back to MSD.

And he again pointed the finger at MSD staff for the overpayment happening in the first place.

"It's very simple, had the MSD staff said 'please complete the question', we just wouldn't be here", he said.

However, under cross examination yesterday, Mr Boyle said MSD's position was that it was assumed the answer was complete because Mr Peters had filled in the next part of the question, ticking that he was "living apart/separated". 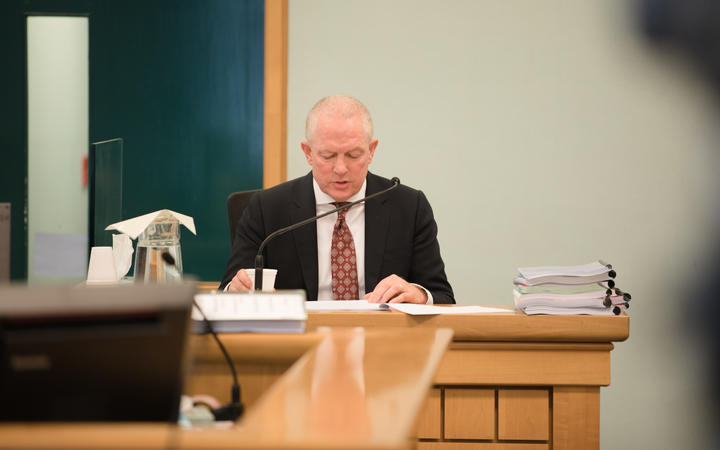 Justice Vinning made the point to Mr Henry that had Mr Peters read the explanation note by the question correctly, he would not have needed MSD staff assistance.

Mr Henry responded that this was a fair comment but "equally the worker is there to process it properly and if it's obvious that someone has missed a step they've just got to say, look, either read the question properly or complete that sequence".

"We say the making an assumption [argument from MSD] is just simply a retro idea to try and avoid the fact that there was involvement in the mistake by the MSD," he said.

Mr Henry said the determination that it was an honest mistake and Mr Peters should pay the money back was made at an individual level by an MSD staffer, and for that reason, it is a matter that is completely separate from the minister and should have remained so.

Mr Henry argued that the only purpose of the briefing was "salacious gossip" and it "has no other value to the minister".

"That's the whole point. A minister is not involved in this level of detail and the minister has no place what ever to discuss it or comment on it, should it go into the public", he said.

Mr Henry said everyone involved in this case is "politically astute" enough to understand the social and mainstream media storm that would occur if this became public and the damage this could cause to his client's reputation.

He said Mr Peters is still fielding inquiries from members of the public who question his honesty.

Justice Venning has reserved his judgement and indicated that a decision is unlikely before the Christmas break.