The new political party Sustainable New Zealand thinks they have what it takes to be the next minor party in Parliament, with a simple approach to politics. 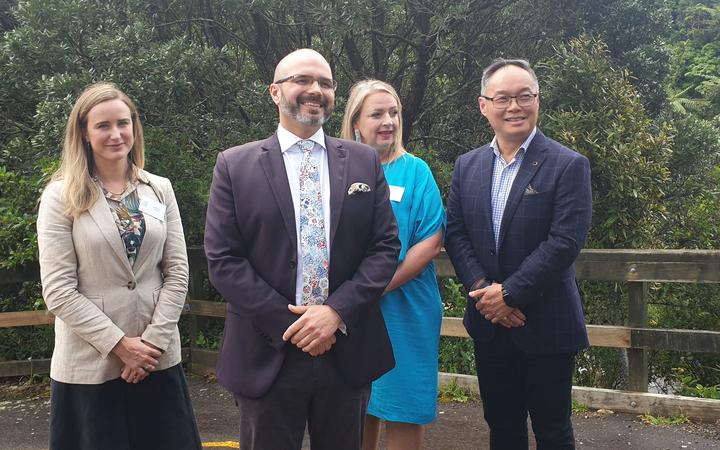 The party's leader, Vernon Tava, told supporters at their launch over the weekend that the party will be pro environment, science and business.

Its top policy priorities will be water, native species and the environment.

But some political and environmental leaders feel the party may be too niche to get a foothold.

Sustainable New Zealand leader Vernon Tava said it was possible to be both pro-growth and for the environment.

"Our approach is to work with business to innovate and to correctly price what has always been known as externalities by the economists. We will work with, rather than against, our farmers and industry.

"To really make a difference though, rather than shuffling the same money around in different ways we need to make more money and to do this we have to innovate and increase our productivity," he said.

Mr Tava said unlike the Greens they did not have alliances and would work with any party.

He said Sustainable New Zealand's approach at the negotiating table would also be different.

He said the party was not just attracting National votes, and supporters included disgruntled Greens and those who voted for Jacinda Ardern's Labour or New Zealand First.

The Greens said they were "not too fussed" about a potential rival, saying in a statement the 'teal' vote was miniscule.

"We think National are the only ones likely to lose support," it said.

"However Mr Tava is welcome to give it a go - he has every right to and in fact it only strengthens democracy when we have a diversity of people running in general elections."

Former Green MP Sue Bradford did not think Sustainable NZ would take many votes from the Greens.

"They can give it a shot and it's certainly been talked about for long enough but really I think this is an attempt to destroy the Green Party, push it below the 5 percent so that National has a better chance of forming a coalition next time.

"While Mr Tava talks about being willing to go with National or Labour or anyone else I think it's pretty clear that they are positioning themselves very much on the right side of the political spectrum with all their talk of working with business...

"Vernon Tava has taken a very narrow approach that I think will appeal to quite right-wing voters ... who will be genuinely environmentally caring but at the same time supporting the goals of big business which is continuing on the growth trajectory which flies, again, right in the face of what actually needs to happen if we are going to cope with the impacts of the climate crisis.

"It's hard to see where Mr Tava will take too many votes from them because the Green Party has moved so far in the direction of saying the greening of capitalism ... is a huge part of the answer and that has taken a lot of ground out from under where a party like Mr Tava's can build, I believe."

She thought National might be willing to give Mr Tava a seat.

"I think they may well of course be watching to see how well Mr Tava and his party do. And for example they could go ahead with selection in a key National seat like North Shore where Maggie Barry is standing down ... but if this new party looks like it is doing reasonably well and attracting even minimal support they make a deal with their own candidate to let Vernon through, probably not until much closer to the election but I imagine National strategists will be poised to go down that road if things work out the way they work."

Forest & Bird chief executive Kevin Hague said more voices for protecting the environment was a good thing, but he thought the party might struggle to get a coherent message through.

"Much of the destruction of the environment has been the result of commercial exploitation and it seems like their economic policies may not be ones that would actually change that, so we look forward with interest to see what the full suite of their policies might be," he said.

Mr Hague said focusing the majority of their policies on the environment, could place them at a disadvantage too.

"If they say they're just going to have environmental policies that is going to make them pretty much a lame duck within Parliament on most issues.

National has already shown support for the party.

Labour's 2020 campaign chair Megan Woods said they had not yet discussed the prospect of working with the party.

Ms Woods said however it would not change anything about their campaign and Labour would just be focused on telling its own story.

"[The] launch comes as no surprise, this has been well signalled, but what it does show yet again is that National still has a big strategic dilemma around a lack of coalition partners," she said.