Acting Prime Minister Winston Peters has accused some of those defending his High Court action of "covering their butts" and others of suffering a "memory lapse". 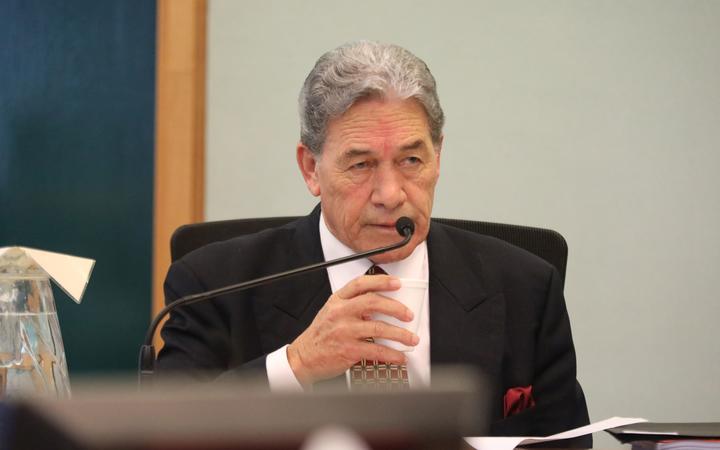 Winston Peters at the second day of his privacy case at the High Court in Auckland. Photo: RNZ / Patrice Allen

The NZ First leader argues his privacy was breached in 2017 when officials notified then-National ministers that the MP had been overpaid his superannuation. Upon being notified of the error, Mr Peters paid back nearly $18,000.

The second day of Mr Peters' privacy case at the High Court in Auckland has so far focused on the 2010 meeting where he applied for his pension and the mistake which led to the seven-year overpayment.

A question on the application form was left incomplete, resulting in Mr Peters being recorded as single when he was in fact in a long-term de facto relationship with Jan Trotman.

The Deputy PM said Ms Trotman was with him when he filled out the form at a Ministry of Social Development branch office and that he introduced her as his partner.

But Crown lawyer Victoria Casey QC put to Mr Peters that three frontline staff said the MP was alone during that meeting, including one who was "very sure" Ms Trotman was not there. 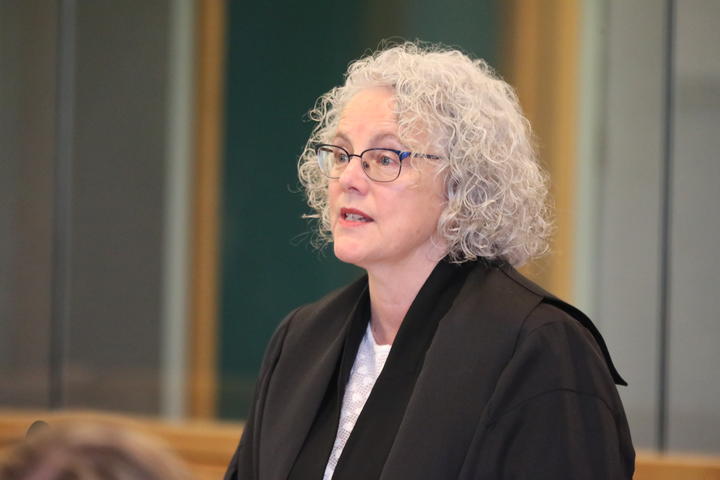 Mr Peters told the Court that was an "extraordinary" and "desperate" claim.

"Some people in this defence are covering their butts and it's clear as daylight."

He said the staff were mistaken in their recollection: "Their memory is failing them."

Mr Peters said it wasn't surprising that some staff would not remember Ms Trotman as she had attended thousands of meetings and was adept at going unnoticed.

"A receptionist, nine years later, remembering somebody who was behind me?

"How would that person remember Jan?"

Ms Casey also put to Mr Peters that his partner's presence was "besides the point" as it was ultimately his application which was being filled out.

Mr Peters shot back that he would find it "extraordinary" to ignore that as a key fact.

"The fact that everyone had a memory lapse as to her presence, I find that extraordinary."

She backed up Mr Peters' story, saying she was "absolutely sure" she accompanied him to the MSD office and stood to one side while he approached and greeted the receptionist.

Ms Trotman then sat in on the interview with Mr Peters and a case manager while the application was filled out, she said.

"Winston introduced me to the lady who was to conduct the meeting as Jan Trotman, his partner."

She said she left early to bring the car over and then Mr Peters joined her after "a long wait".

"When he finally arrived at the car, he told me that following the conclusion of the meeting a manager had asked to meet him and then staff wanted photos."

Ms Trotman described her partner as "the most intensely private person I have met in my life".

The hearing is set down for three weeks and continues this afternoon.

As is usual custom, Mr Peters is acting as Prime Minister while Jacinda Ardern is overseas. Ms Ardern returns to New Zealand from the East Asia Summit on Tuesday afternoon.