Support for Labour in the Indian community could be on shaky ground, with some resigning from their long-time party memberships or vowing not to vote for the party next year, as the backlash to the government's immigration policies continues. 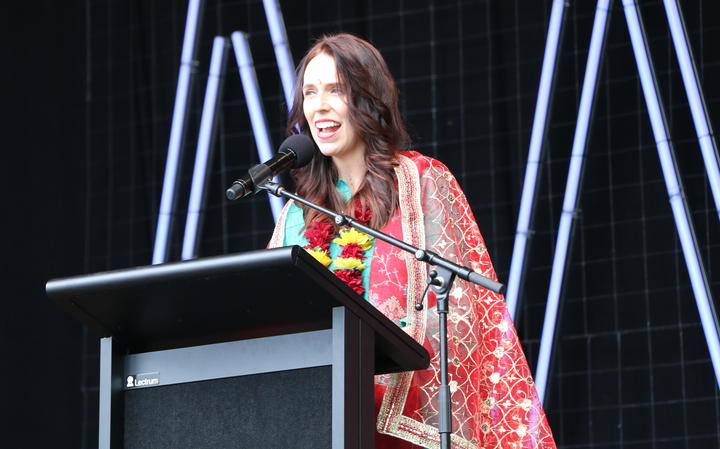 Indian community leaders in Auckland are agitating for Labour to feel their frustration at the ballot box, with two public events planned for this weekend.

They say recent changes to the Parent Category Visa, a tougher stance from Immigration New Zealand on partnership visa requirements, and long application processing times are causing outrage and distress.

They've also expressed disappointment that Regional Economic Development Minister Shane Jones has faced no consequences for his comments that anyone who's unhappy should "catch the next flight home".

Gursimran Singh, who has been a Labour Party member since arriving in New Zealand 16 years ago, felt he could no longer support the party.

The policies were helping spread a rising hateful rhetoric, he added.

Sher Singh came to New Zealand nearly 30 years ago and has been a Labour member for three years.

But he felt completely let down by the party and said, overall the Indian community felt like it had been left stranded and voiceless.

"The reason I was a member of Labour was because it was the people's party and I did put in that [resignation] letter if anyone wants to discuss this over a phone call or something you are more than welcome to contact me, but until now I have not got any contact," he said.

Both men said they knew of a dozen or so people who were also taking the same action.

Sher Singh said there was a growing number of people saying they would no longer back Labour.

"I know on social media there are a lot of people, there have been hundreds that are saying look we were strong Labour supporters and I know I've physically seen them supporting Labour and they're all turning around saying they're not going to be supporting Labour," he said.

Indian migrants have recently been hit with a double whammy of visa changes.

First, the government reinstated the visa category for parents of skilled migrants - but most migrant workers are ineligible because they will have to earn twice the median income to sponsor a parent.

And now Immigration New Zealand has pulled back waiving the minimum requirement for couples to have lived together - cutting out Indian couples with arranged marriages.

Baljit Kaur was number 64 on Labour's list in 2017 and has also seen more and more people raising concerns about the party's stance on immigration.

But he said that should be directed at New Zealand First.

"I think with time people understand it's not a Labour decision it's a coalition decision, so when you explain to people they do understand, but there is still a frustration," she said.

Sher Singh said Labour should be doing more to stand up for his community.

"We are loud and clear that it's a NZ First policy, but none of the Labour MPs or the Prime Minister herself has opposed those policies or said anything about the struggles migrants are facing," he said.

Those tensions were only ratcheted up after the comments made by Regional Economic Development Minister Shane Jones last week.

The Waitakere Indian Association has demanded an apology from him, and called out Labour MPs for staying silent.

It was a sentiment shared by Gursimran Singh.

"Shane Jones, what he said that's totally unacceptable, Jacinda Ardern needs to step in but she isn't doing anything, it's totally unbelievable," he said.

Ms Kaur said she was also disappointed by Mr Jones' comments and the lack of reaction in the aftermath.

But she said the party was very receptive when she raised the community's concerns.

I'm in touch with the ministers, I'm in touch with every member of Parliament from the Labour Party, they are alternatives that we can look into, which will be a win win situation for both sides," she said.

In a statement, Mr Lees-Galloway said he was very happy to speak with the Indian community about their concerns, and his office was in the process of organising a meeting, along with Ms Salesa.

Labour's only Indian MP, Priyanca Radhakrishnan, also declined RNZ's request for an interview, but said she had raised the concerns and would continue to do so.

A public meeting and a separate rally are being held in Auckland this weekend.