The National Party is demanding answers from the Social Development Minister after the number of people on the jobseeker benefit rose more than 11 percent in the last year.

Party leader Simon Bridges said in the last year an extra $132 million was paid out to beneficiaries, who were able to work.

However, acting social development minister Poto Williams said despite that, there were less people on a benefit now than under National and New Zealand also had its lowest unemployment rate in over a decade.

The National Party dug the figures out of the Ministry for Social Development's annual report, ahead of the release of its own plans for getting people into work.

Mr Bridges said since Labour took over an extra 22,000 people had gone on the jobseeker benefit.

He attributed it to Labour not being strict enough on drug-use by beneficiaries or on those who missed appointments.

He said the figures did not relate to those on health and disability benefits - only those who were work-ready.

"It's unacceptable when we know there are jobs for these people ... [it's], frankly, wasted taxpayers' money which could be going on other things like cancer-funding or roading.

"It seems to me what's happened is that the sanctions have gone down, the penalties for not going into job interviews, not doing drug testing and the like, people are languishing on benefits longer than they should be." 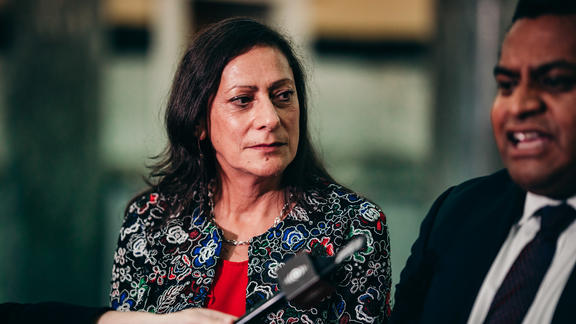 But Ms Williams said benefit cancellations were up more than 13 percent on last year and the government's strategies were helping people stay employed for longer.

"National kicked people off [the] benefit to artificially keep their numbers down, we are focused on finding people real jobs and careers so they can stay off the benefit long term.

"A study found that under National nearly half of those people kicked off a benefit were back on benefit within 18 months, so they weren't getting people into long term work."

She government was employing 263 more frontline MSD staff to help jobseekers get into work, and its Mana in Mahi scheme was introduced to get 2000 unemployed youth into trade careers, she said.

The National Party is expected to release its welfare plans today.