National's leader Simon Bridges says his party will pull its support for the new anti-terrorism legislation if the minister doesn't meet with them next week and start negotiating in good faith. 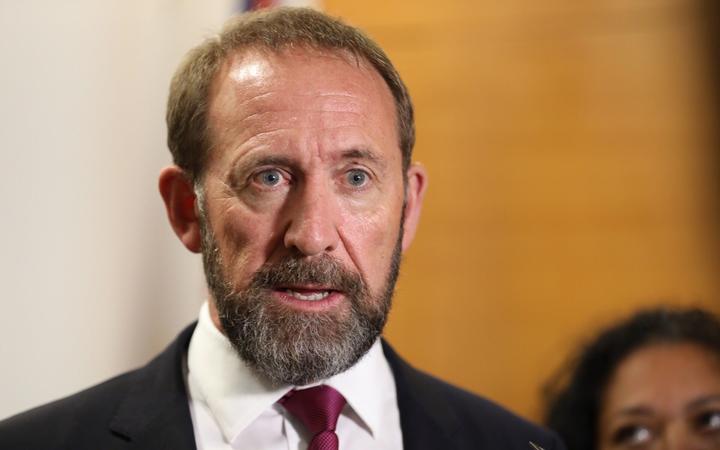 The Terrorism Suppression Bill introduced yesterday would give the government more powers to deal with the potential return of foreign fighters from Syria, by allowing police to apply to the High Court to impose control orders.

The Greens are refusing to support the bill, meaning National's votes will be needed to pass it into law

National has put forward seven proposed amendments to "strengthen" the bill, including lowering the age limit for control orders to 14 years, increasing the maximum duration, and an assurance that the orders will apply to people convicted of a terrorist offence in New Zealand.

But yesterday Mr Little took a hard line, saying key aspects of the bill were not up for negotiation.

Mr Bridges said the minister would have to come to the table if he wants National's support.

"Mr Little needs to meet early next with us, he needs to take our sensible solutions seriously and co-operate to improve the bill. If he doesn't, we'll pull support before first reading.

"I think he's being very thoughtless to go out there and say it's silly or dumb politicking from National when actually we want to improve the bill, it needs it," Mr Bridges said.

Mr Little said the first he heard about National's request for a meeting was this morning via their media release.

He said he is happy to meet with them and he thinks two of their proposed changes are worth discussing.

Mr Bridges said lowering the age to 14 would bring the bill more in line with Australia's laws and said Mr Little was "irresponsible" in being so dismissive of National's proposals.

"This is a weak bill designed for Greens' support, but of course it hasn't got that, and it's very reactionary around just dealing with one person rather than the wider circumstances that would be naive to say we can't or won't have in New Zealand," Mr Bridges said.

However, Mr Little said these comments confirm his view that National wants to play "grubby politicking over matters of national security".

"My advice to them is get off it, stand back, take a deep breath. Issues of national security are the responsibility of the two biggest parties in Parliament and we should be engaging constructively on them, not playing to the [press] gallery," Mr Little said.