The National Party is denying allegations then-Cabinet minister Todd McClay helped facilitate a donation of $150,000 to the party in 2016 from a company owned by a Chinese billionaire. 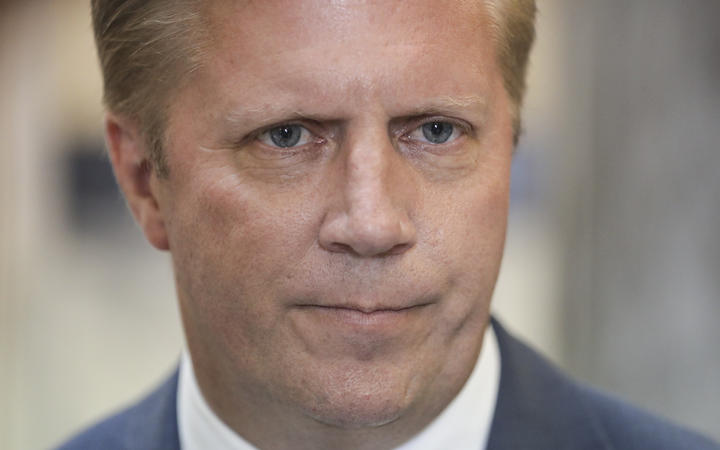 The allegations have been made by former National MP Jami-Lee Ross, who provided documents to the New Zealand Herald, including an invoice showing the donation was paid into the party's Rotorua electorate bank account, and details of a cluster of calls to and from Mr McClay around correspondence with the donor.

Mr McClay said he met the donor, Lang Lin, in July 2016 when he travelled to China as Trade Minister.

He said ministry officials were with him at both meetings and there was no discussion of a political donation.

Mr McClay later met Mr Lang in his Rotorua electorate where he indicated that his New Zealand business, Inner Mongolia Rider Horse Industry NZ Limited, would like to support the National Party.

"My understanding is that it's a New Zealand company that made the donation, that it is within the rules - both of the Electoral Act and New Zealand law,'' he said.

Mr McClay said he was present when a phone call was made between Mr Ross and Mr Lang to organise the donation.

He said at the time he was there as a National MP - not as a minister or the MP for Rotorua.

Electoral law does not allow foreign donations above $1500, but New Zealand-registered companies are considered local even if they're foreign-owned.

Prime Minister Jacinda Ardern said the donation was outside the spirit of the law.

"We have a law in place that's meant to prevent that yet we have an example here of where something lawful might have happened but it's outside of the spirit of what we're trying to achieve,'' she said.

Ms Ardern wants the Justice Select Committee to look at whether there's a loophole when foreigners use New Zealand companies to make donations.

National Party leader Simon Bridges said the party and its MP have not broken any rules by accepting the donation.

Mr Bridges said Mr McClay was not seeking donations while he was a government minister.

He said the donation was "old news".

"This was disclosed a couple of years ago. It was all there for anyone to see, in fact there have been questions about it in the past, but there was no conflict and it is a New Zealand company legally."

Mr Bridges said he has never met Mr Lang, the man behind the donation.

Justice Minister Andrew Little said there was a problem with how foreign donations could be concealed which risked New Zealand falling prey to foreign influence.

"Our companies' regime makes it easy for donations to be channelled through that sort of process and I think that's something ... we have to be alert to, and we have to think carefully about whether we have a regime that is tight enough to control that."

Mr Little said he had asked the Justice Committee to look into foreign donations as part of their election review.

Green Party justice spokesperson Golriz Ghahraman said the system lacked transparency, saying no one knew what was promised in return for the National Party donation.

She has produced a member's bill to increase accountability, calling for a ban on all foreign donations to political parties and a $35,000 cap on local donations.

"The problem is our system doesn't require the kind of transparency that we actually want.

"A series of these stories have now come out over the past year or so where we've actually really realised that we're vulnerable not only to interference by foreign corporates and individuals but also by big money.

"We know overseas that big oil donates to political parties which is what's made it really hard to see action on climate change; we know tobacco donations happen; we know that the gun lobby has gotten involved and hindered the kind of gun reforms that would keep Americans safe."