The government will not intervene with Fonterra, Prime Minister Jacinda Ardern has said, saying there's no suggestion of it failing. 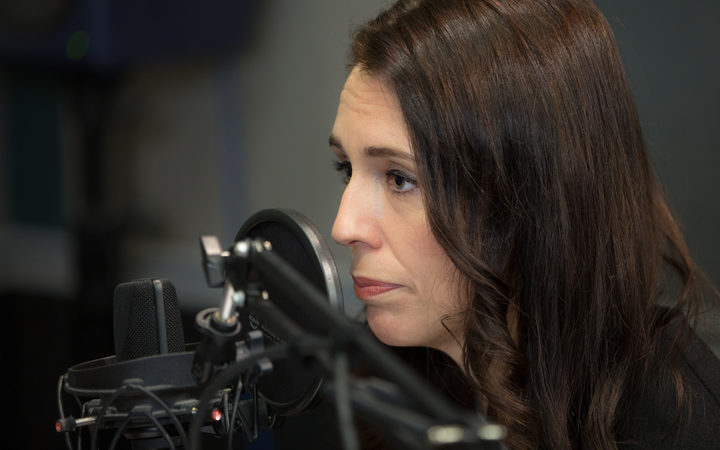 The dairy cooperative is forecasting a loss of up to $675 million, and has announced it will not be paying a dividend this financial year.

Farmers said the gloomy outlook would knock the confidence of its roughly 10,000 farmer shareholders.

Fonterra said it expected to write down the value of their overseas ventures in four key markets by more than $600m, and would not be paying a dividend in an effort to pay off some of its debts.

Prime Minister Jacinda Ardern told Morning Report it was not good news for farmers, but it was hard to tell how many might have been banking on receiving that dividend.

"I've heard mixed feedback from some, of course, who were keeping their expectations in check. We've been watching some of the recent actions by Fonterra that has been acknowledging for some time that there have been investments that they've had to review.

"This is not the news that shareholders will have wanted to hear of course ... obviously unwelcome but you hear the likes of Standard and Poor's commenting that it was 'painful but necessary'.

"This is Fonterra reflecting on some of the investment decisions that have been made and trying to get themselves on a more positive footing."

She said the government would not be stepping in to help them out.

"The question you've asked is whether there's an intervention here by government to be made, or any role for us to play: there isn't one, other than the expectation or hope of course that this massive global dairy player gets itself on a better footing."

She said she did not think there was any suggestion of the cooperative actually failing.

"It's obvious that decisions have been made that failed. Fonterra wouldn't have made the announcement yesterday if that wasn't the case."

Federated Farmers dairy industry group chair Chris Lewis told Morning Report it could be tough for farmers, particularly with the rise in costs of the past few years.

"Farmers are running their own businesses, they've got bills to pay, they need the money to roll in, so there's only so long you can be patient for.

"The (milk price) payouts aren't too bad, but the biggest issue is the rising costs of doing business in New Zealand ... over the last three or four years the on-farm running costs for farmers - whether it's rates, insurance and all those sorts of wages and expenses you get from employing subcontractors - they've skyrocketed and so the margins are very thin for farmers at the moment."

He said farmers liked the honest approach of new chief executive Miles Hurrell however, and the moves would make for a stronger co-operative in future.

"It's just prudent management, it's about time it should have happened, probably should have happened five years ago but it's good they're doing this and you know, next year and a bit [if] they sort the mess out ... it's going to be a really strong co-op," he said.

He said farmer shareholders needed to stick it out with Fonterra.

"There is a few opposition companies building a few factories but they're very small and they'll only take a few suppliers. Even if there was a rush [to leave Fonterra] there's nowhere to go so at the moment the Fonterra suppliers need to stick with Fonterra and help make it a better company, help elect some good directors and get involved and help them out," he said.

Agricultural economist Peter Fraser is a consultant to a rival processor over the Dairy Industry Restructuring Act, which created Fonterra and will be amended this year.

He told Morning Report that Fonterra's only option to avoid going into a "death spiral" was to cut its milk price payout to farmers.

He said there were four parts to the death spiral, which Westland dairy had already gone through.

"Farmers are on the wrong end of a very bad stick ... not in the death spiral yet but it's heading very much in that neighbourhood," he said.

He said the write-downs would not be enough to forestall disaster for the co-operative.

"It's not enough, which is why I keep harping on at the point they need to do a substantial amount of retentions, they need to retain some earnings," he said.

"... they have to take it out of milk price because that's the only place they can get if from.

"It's either taking out of milk price or take it out of dividend, well they made a loss last year so there is no dividend because dividend's made on profits."

It was a sentiment backed up by Regional Economic Development Minister Shane Jones, who said Fonterra's board had shown itself to be "grossly inept".

"They've blown, in my calculations, the economic equivalent of $2bn. They should not expect to get away scott free after flushing that level of corporate wealth down the dunny."

He called for the board to be replaced and for the previous chief executive Theo Spierings to be sued.

"There has to be a cleanout not only of the board but also of the second level management. I recall there being nigh on 27 people earning over $1m, lord knows how many in the six-figure category and $500,000."

Mr Fraser however said Fonterra was trying to blame its problems on former chief executive Theo Spierings' investment in Beingmate, which did not pay off, but the co-operative's were much deeper than that.

He said he was not seeing the same leadership that got the Kiwifruit industry through the PSA disease.

"If I'd have been John Moynahan back at Fieldays in June this year, I would have gone to the big blue tent, I'd have turned on a decent drinks wagon and told the farmers to turn up, and I would have said 'We're in the poo, what we're going to do is save your company'."