The government's being warned that record low unemployment and rising wages are giving the wrong impression, and things are actually much less rosy. 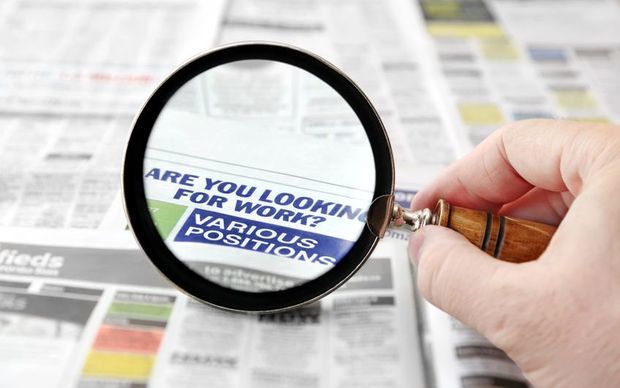 Official figures out yesterday show that in the three months ended June, the unemployment rate fell to a seasonally adjusted 3.9 percent and wages were up by 2.2 percent - the lowest and highest levels respectively for more than 10 years.

"It's absolutely an example of investment that we're making in the skills area, particularly in the regions," Mr Jackson said.

"Some of our targeted programmes are coming off ... so [I'm not] overly surprised [by the numbers]."

However, it was a surprise for forecasters - including the Reserve Bank.

New Zealand Initiative chief economist Eric Crampton said it was too soon for effects from government programmes - such as the Provincial Growth Fund - to show up in statistics.

He said it was "always a mistake to draw too much from any one quarter ... it's better to look towards the overall trends".

"You'd expect politicians to be claiming successes and claiming the wins while they can.

"But ... the labour-market numbers can be quite volatile and so it could come round to bite them again next quarter if it goes back the other way."

He said there was little cause for optimism that wages would continue to go up.

"I suspect that what you're likely to see is that there's probably going to be softening wage pressures across the economy over coming quarters.

"So while you've got a little pocket of wage inflation here ... I don't expect it to be sustained."

Mr Kiernan said it was a similar story for the unemployment numbers.

The economists said there were some serious challenges for the economy looming on the international horizon.

The New Zealand dollar had it's biggest one-day fall in 10 months yesterday - caught up in the escalating trade war between the United States and China.

Finance Minister Grant Robertson said the unemployment and wages numbers showed that the fundamentals of the country's economy was strong.

But he said New Zealand remained vulnerable to any international slowdown.

"The China/US trade war clearly is not coming to an end anytime soon - and potentially getting worse," Mr Roberston said.

"Brexit is creating a lot of uncertainty in Europe and obviously everyone keeps an eye on the Middle East as well.

"All of those things are weighing on the global economy and New Zealand won't be unaffected by that.

The Reserve Bank is widely expected to cut the official cash rate today, a sign it sees a need to head off a slow down in the economy.