MPs have listened to impassioned pleas from both sides of the methane debate this morning, as the Environment Select Committee began hearing submissions on the Zero Carbon Bill. 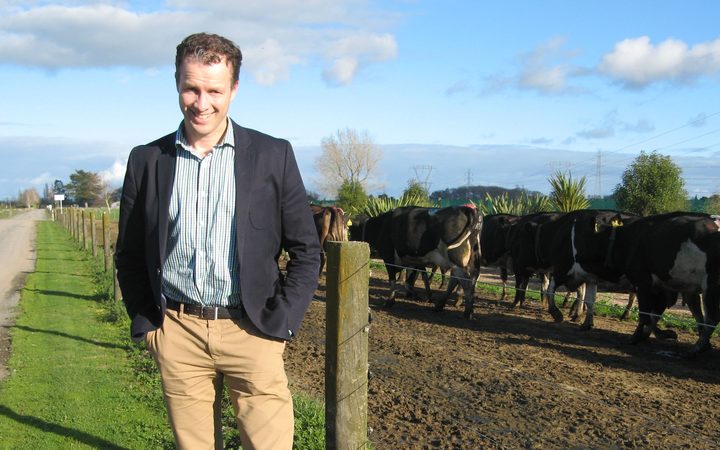 Dairy NZ's Tim Mackle told the committee hearing that the government needs to be cautious "about pushing the productive sector without the tools to reduce emissions". Photo: RNZ/Susan Murray

The bill will create a legally binding objective to limit global warming to no more than 1.5C with a net-zero carbon approach.

It also sets a target of a 10 percent reduction in biological methane emissions by 2030, with a provisional reduction ranging from 24 percent to 47 percent by 2050.

But Dairy NZ chief executive Tim Mackle is concerned that this upper range is unattainable, and is setting farmers up to fail.

He told MPs that this range should also be lowered, because the science around methane emissions is not settled.

"Forty-seven percent we think is going above and beyond what methane would need to contribute on an equivalence basis with CO2 and N2O going to net-zero.

"We should be very cautious, the stakes are very high, about pushing the productive sector without the tools in front of us to reduce emissions," he said.

Mr Mackle said the economic impacts of this target on farmers has been "undercooked", and Dairy NZ believes dairy farms' total profit could be reduced by between 33 and 42 percent between 2030-2050.

"That's more than 10 times higher than the cost of $2500 per farm estimated by the government.

"Essentially out to 2030 we're saying this is tough, but it's doable, but after that you have a range of things going on.

"It's really post 2030 to 2050 we've made it really clear that that's when things really start to bite," Mr Mackle said.

But Forest and Bird chief executive Kevin Hague warned MPs not to go easy on methane.

He said the time for preparing the agriculture sector for change has passed, and change is needed now.

"If we imagine that we are going to hit any of these targets without making significant land-use change, we're kidding ourselves.

"What I was hearing from Dairy NZ, I have to say, is an expectation that dairying would continue more or less in the way that it has been doing, with incremental tweaking.

Mr Hague said the government has been giving mixed signals about the severity of the climate challenge.

He is calling on them to show the political courage needed to make change.

"The platform for the substantial change we need to make in this country has not been created, so we now find ourselves in deep catch-up mode.

"We don't need to panic, in fact panicking is probably the last thing we need to do, but we do need to act with the kind of urgency, scale, and magnitude that's required, and the courage that's required to deliver that," Mr Hague said.