New Zealanders affected by life-shortening congenital conditions will have early access to their KiwiSaver funds after a man with Down Syndrome convinced the government to change the rules. 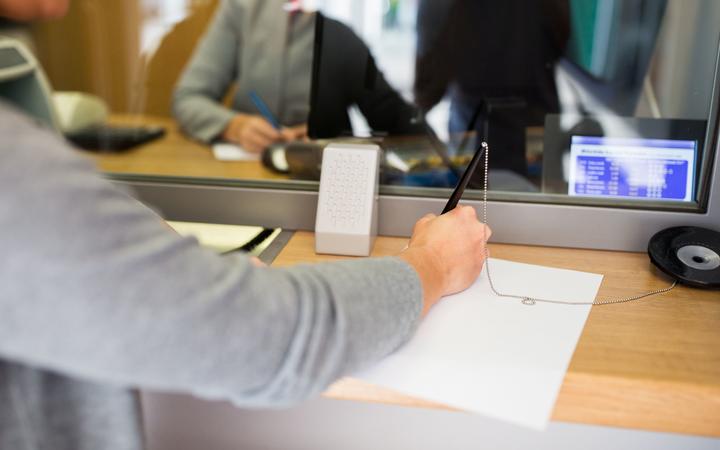 Tim Fairhall, 40, petitioned the government last year to make an exception and let him take out his savings early - as his condition means he is unlikely to live until 65 when KiwiSaver is usually paid out.

He told a select committee last year what he wanted to do with his money.

"I have done a lot of cool things in my life so far and I want to do more," he said.

"It is my goal to see my brother Scott in Italy and my best friend Thomas in Canada and I have saved my money to do that."

The government announced yesterday it would make an amendment to the KiwiSaver Act 2006, so that people with a medical certificate and other evidence of a set list of conditions would automatically be eligibile to withdraw their savings.

There would also be an alternative process for people who had a congenital condition not named in the regulations.

Mr Fairhall's mother Joan made submissions at the committee with him, and said her impression from making submissions to the select committee was it had not been a fight but that they had support from all the parties.

"When I heard that he couldn't and that he really had been saving because he's longing to make a trip to Italy particularly, you just get stuck in and try to do something don't you."

"At the select committee there were members from all the different political parties and they all certainly gave me the impression - and I believed them - that this was an oversight. It wasn't quite fair and it needed to be corrected.

"It hasn't been a battle, I think everybody's been on our side and - particularly, led by Kris Faafoi - have been trying to make it happen and it looks like it's happening.

"We've still got a way to go because it's not passed into law yet."

She said the news was a victory for many others around the country.

"It's for certainly hundreds - and probably a lot more people - throughout New Zealand who either haven't been able to get into KiwiSaver because they realised that they wouldn't be able to get their funding out, or people like me who thought 'oh, retirement saving, great thing, let's get [Tim] into it' and didn't actually work out a long time ago that he may not be able to get access to those funds.

She said Tim's workmates and friends had been proud and supportive.

"We've been getting a lot of positive response and texts and phone calls and things ... it's all great.

"Tim's just turned 40, he's too young to retire yet but the great thing is that for him he knows that when he does retire - which might be in another five, eight years or so - he can take that money out and go on his longed-for trip."

Mr Faafoi said he wanted to see Tim and others like him have the ability to use their KiwiSaver to support their wellbeing in their retirement - which was unlikely to be at age 65.

"The current requirement for people to be 65 years of age to access their savings significantly disadvantages those with life-shortening congenital conditions," he said.

"The new category allows people with congenital life-shortening conditions to withdraw their savings at the point that it makes sense for them to retire.

"It's only fair that any New Zealander who has been contributing to KiwiSaver should be able to access their savings when they're ready to retire."