The government is proposing a new road safety strategy called Road to Zero, aiming to cut road deaths by 40 percent in the next decade. 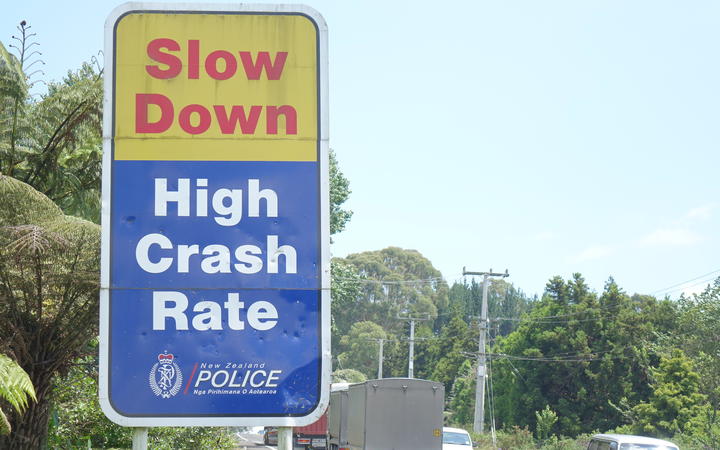 The strategy will be put out for consultation today.

"The government has made road safety a top priority and that has informed the development of this strategy," Ms Genter said.

"But we didn't just want to say it's a priority, we want a strategy backed up by evidence based action that's actually going to deliver a sustained and meaningful reduction in deaths and serious injuries on our roads.

"We know that no New Zealander wants or deserves to lose a loved one on the road."

"Over the period of the 10 years that the strategy is in place, we're expecting that it will save 750 lives, and thousands of serious injuries."

If the new road safety strategy is implemented and is successful, that figure will drop to 226 or fewer in 2030, a reduction of 151 deaths.

Watch: Julie Anne Genter talks on Morning Report about why safety steps were not taken sooner:

Ms Genter said the key focus of the strategy is improving roading infrastructure, but not in the manner that the previous government had done.

The National-led government focused on Roads of National Significance, a number of motorways and expressways throughout the country.

The new strategy will seek to improve upon existing roads, rather than build new ones.

The government is aiming to improve the safety on more than 1500 kilometres of road over the next three years, at a cost of $1.4 billion.

Ms Genter said the improvements will include building median barriers and side barriers, adding rumble strips, and making other safety upgrades.

It won't just be State Highways getting improvements, but rural roads as well.

"Most of the deaths, about 70 percent, have been on rural roads, which had been neglected by the previous government.

"So there will be a need to take a look at safe and appropriate speeds, particularly in those communities who are really calling for it, and on parts of the network where an infrastructure upgrade may not be able to happen in the next five to ten years.

"It'll be a balance between targeting the most dangerous roads for a safer speed, but also making a significant investment in infrastructure to make roads safer, with things like median barriers and side barriers."

Rules will be changed to make it easier for councils to change local speed limits, while speed in front of schools will also be up for debate.

The speed outside urban schools could be reduced to 30km/h across the country, or 60km/h in front of rural schools.

Sweden's Vision Zero approach, which New Zealand will replicate, assumes that drivers make mistakes regardless of the quality of the driver.

Humans, it assumes, are flawed and will make errors.

As a result, the strategy will take the driver out of the equation and try to make things safe regardless of inevitable mistakes and crashes, limiting the damage.

Despite that, the government will review driver licensing.

"We will be doing a full review of the licensing system," Ms Genter said.

"There may be some improvements that can be made.

"But again, as I always come back to, the thing that is going to be the most effective according to the evidence, is the infrastructure and the enforcement."

The government will also review the Warrant of Fitness and Certificate of Fitness systems, which haven't had a thorough review for two decades.

Ms Genter said the process of vehicle inspections will be looked at, and whether modern safety systems in cars should be reviewed as part of the car testing.

She said the technology that can be added to cars now, like ABS braking and Electronic Stability Control, both of which are compulsory in new car imports from next year, could be added to.

RNZ reported earlier this month that certain unsafe cars could be banned based on new and used car safety ratings.

But Ms Genter said that suggestion, made by an advisory group to the road safety strategy, would be confusing for consumers.

Instead, by 2022 new cars imported into the country may be required to have stricter safety standards.

They would roll out later in the decade for used cars imported to New Zealand.

Police will get more funding as part of a new strategy, which could lead to more dedicated road policing and an increase in safety cameras.

"If we are going to achieve our target, if we adopt the target of 40 percent, then there will be a need for increased investment in enforcement," Ms Genter said.

Ms Genter said she hopes that people won't be fined by static speed cameras, or new point to point cameras, if they are added to the network.

Compliance was the end game, and she said there will also be a review of the penalties given to drivers caught by a camera or a police officer.

Asked if that could mean smaller fines and larger demerit points, Ms Genter said it could.

If evidence suggests the threat of losing a licence makes drivers more sensible than large fines, she said that is the model the government would pursue.

"It's not about making money. In an ideal world, we wouldn't generate a cent from fines."

The new road safety strategy is available to view online at the Ministry of Transport website.

The consultation period will run for four weeks, closing on 14 August.