National Party leader Simon Bridges is downplaying speculation that MP Alfred Ngaro could break away and form a Christian party before the next election. 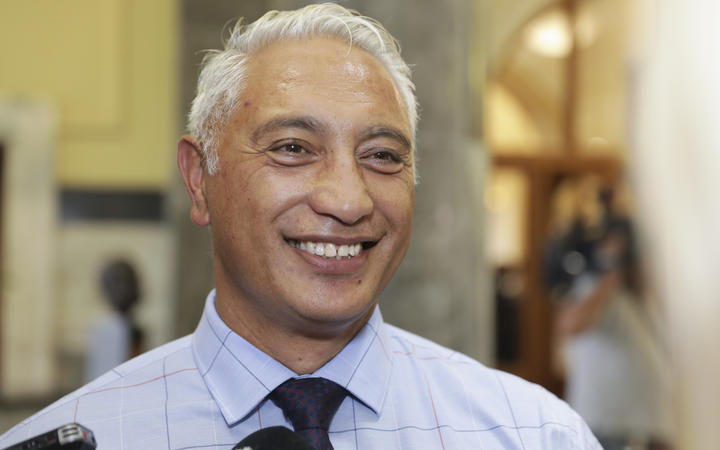 The New Zealand Herald is reporting that the former cabinet minister is eyeing a tilt, possibly in the safe National seat of Botany currently held by the now-independent Jami-Lee Ross.

Mr Bridges said suggestions that Mr Ngaro could form a party in order to offer National a potential coalition partner were nothing but "rumour and speculation".

"Time will tell if something like this or something else will come up."

Mr Ngaro, of Cook Islands descent, worked as an electrician, consultant and also completed a theological degree before entering Parliament.

The National Party currently has a handshake agreement - similar to what has been floated with Mr Ngaro - with the the Act Party in Epsom.

Victoria University political scientist Bryce Edwards told Morning Report despite the development being based on just one story it should be taken seriously.

He said the National Party needed coalition partners and there has long been speculation that something like this could happen.

"Often what happens is parties .... put these stories out, they feed them into the media, almost to fly a kite to just try and get a bit of reaction to see whether this is a flyer or not.

"And so National will be listening to all the conversations going on and trying to work out whether to back this or not."

He said there was a constituency in New Zealand - between 4 percent and 6 percent - for a socially conservative Christian party.

Mr Edwards said he though Mr Ngaro would win in Botany if the National Party endorsed him.

"We could be seeing, the development here, of a story that has a big impact on next year's election campaign and ultimately who runs the country after the election result."

He said the Botany electorate was demographically "perfect" for a Christian party, with lots of Christian immigrants, schools and churches in the area.

But any deal could have the effect of putting off other social progressive National Party supporters who saw it as a "dirty deal" that would put the party in the thrall of a "conservative Christian tail that's wagging the dog", Mr Edwards said.