Northland transport committee chair John Bain says he will not stop campaigning for an expressway to Auckland, nor will he step down to please Shane Jones. 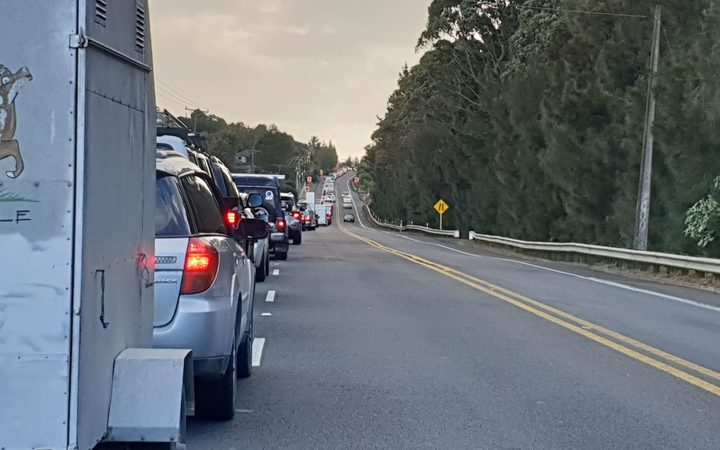 Mr Jones, the regional economic development minister, suggested Mr Bain should step down from his role, after he criticised the government for scrapping National's plans for a four-lane highway.

He also accused Mr Bain of being in league with National Party politicians, who promised the highway pre-election. Mr Jones has also said a four-lane highway to Auckland would not happen any time soon.

"John and I are on different sides of the debate here," Mr Jones said.

"And I thoroughly disagree with John's advocacy that all of our problems are going to be solved by this cargo-cult mentality that all of a sudden we're going to get a four-lane highway. It was never funded by the last regime."

For the time he expected to hold his role as associate transport minister, Shane Jones said he would respond to every single request to fix up what he called the most egregious cases of roading failure in the north.

But the four-lane project was off the agenda.

"I cannot see an extension in the short term of the four-lane north of Warkworth. That [project] was around 12 years ago, and if it's taken 12 years to build 18-kilometres, then you should look forward to having your four-lane highway, under the present system, by 2058," he said.

Mr Bain said any safety improvements on the road to Auckland were welcome but what the coalition government was proposing was essentially a patch-up job and Northland deserved better.

He said it was also misleading to say that the proposed four-lane project had not been funded, because planning had been underway by the New Zealand Transport Agency well before the last election.

"Our board [Northland Regional Council Transport Committee] has been involved for a number of years on the track that the four-lane highway to Auckland would take.

"And every council and roading authority in Northland supported it."

Four lanes to the Marsden Point turnoff had been the first stage and the second was to go around the western side of the Brynderwyn Hill, Mr Bain said.

In a letter to Mr Bain, the former transport minister and now National leader Simon Bridges has backed up his statements.

"It is a matter of public record and NZTA documentation that both myself as minister and the NZTA board committed to the $450m construction of a four-lane highway from Whangārei to Northport, with construction starting in 2019," Mr Bridges said.

Mr Bridges said it was also clear that construction had started on four-lane at the other end of the Auckland to Whangārei corridor; from Puhoi to Warkworth, and that formal consultation had started on the next section up from Warkworth to Wellsford.

Mr Bain said gradual upgrades to the present road was "tinkering around the edges of a highway that is increasingly unfit for purpose".