Health authorities say banning smoking in cars where there are children could dramatically cut the number of hospital visits every year in New Zealand. 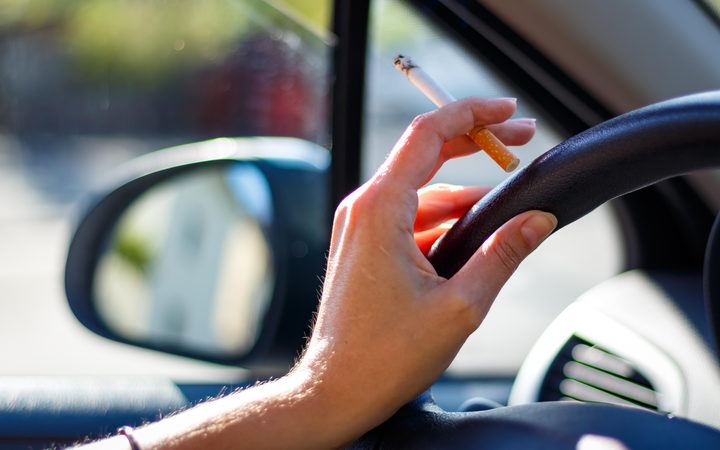 New Zealand will soon join several other countries, such as Australia, England, Scotland, Ireland, South Africa, and ban smoking in cars carrying children under the age of 18.

The ban - which will also include vaping - will take effect late next year after an 18 month public education campaign.

Anyone caught after that could be slapped with a $50 fine, but police will have the discretion to issue a warning.

This is the latest move by successive governments to stub out smoking in New Zealand altogether.

Helen Clark's Labour government banned smoking in pubs, restaurants and workplaces in 2004, and the last National government continued to ramp up tobacco excise to discourage people from smoking, as well as action on restricting the display of tobacco products.

But the previous government did not heed strong calls from parliamentary select committees for legislative action on smoking in cars.

Now Associate Health Minister Jenny Salesa said the evidence was compelling, with the accumulation of smoke in a confined space like a car being the equivalent of having a child in a "really smoky pub".

The ban was primarily aimed at protecting children's' health but also the next step towards the goal of Smokefree Aotearoa by 2025, she said.

Ministry of Health Director-General Ashley Bloomfield said in its most recent survey of Year 10 students, 30 percent reported being exposed to second hand smoke.

A ban would have a dramatic impact on respiratory conditions and asthma according to modelling they've done, he said.

"Hundreds to thousands less admissions to hospital, about 10,000 less asthma episodes and many less visits to GPs required."

Children's Commissioner Andrew Becroft said this change had been a long time coming and sent a clear signal about the importance of children's health.

"It be may that even children themselves are able to say to adults...'I don't like you smoking in the car, please stop; it's bad for me and it's against the law.' "

There is support in principle, too, from National's leader Simon Bridges.

He was asked why National did not introduce the ban when it was in power.

"I'm uncertain about why prime ministers at the time ... didn't move on this."

He was on one of the select committees that urged action.

"I do think we need, as an aspiration, to be continuing the work on this."

The only concern Mr Bridges had was that people who could afford it the least were not put under even more pressure by being fined.

The ACT party generally opposed government intervention into people's personal lives but leader David Seymour was all for a ban. He said anyone smoking in close quarters around a child "frankly, should go to jail".

But he questioned why vaping had been included.

"Vaping is actually helping a whole lot of people quit and treating vaping the same way as regulating tobacco is a silly way of regulating, it actually increases harm."

A Cabinet paper said including vaping in the ban was consistent with the law change planned for later this year to prohibit vaping in bars and workplaces.