Australia's former foreign minister Julie Bishop has challenged all political parties to recruit more women ahead of a dinner where she will address National MPs. 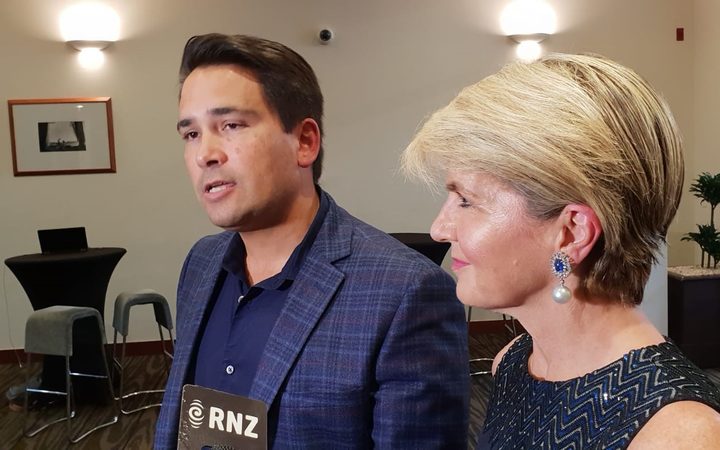 Ms Bishop - a conservative politician and a vocal supporter of women in politics - was invited by National to speak at the party's caucus retreat in Hamilton today.

Speaking to reporters ahead of the event, Ms Bishop was asked whether National needed to recruit more women.

Ms Bishop said she had "no doubt" it was already on the party's agenda.

"I'm sure the National Party feels the same way."

"We want to see more women attracted to politics generally.

"On all sides, not just on the centre-right side, but all sides of politics.

"The greater the diversity of voices, the more representative the parliament is, I think the better the outcomes."

Ms Bishop said she was "absolutely delighted" to have been invited to share her experiences and potential lessons with New Zealand's opposition party.

"It's great to be among friends. We have many experiences to share."

She congratulated Mr Bridges on his role as leader of the opposition and Paula Bennett as deputy.

"It's one of the toughest jobs in Australia, so I'm assuming that applies here in New Zealand."

Mr Bridges said the party was very privileged to get to hear from Ms Bishop.

"We're really looking forward to ... getting some insights from her about what's happening internationally and what that will mean for both the National Party and New Zealand."