Last year, the freshly-minted Prime Minister kicked off the political year at Rātana and Waitangi with warm welcomes and celebration at the news she was expecting her first child. 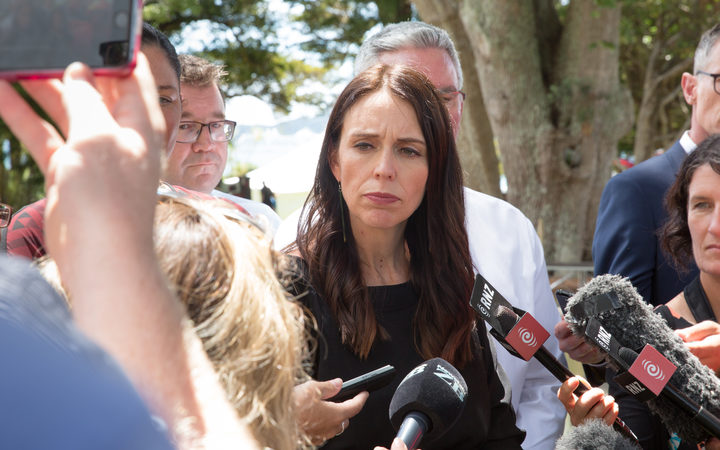 In two weeks Jacinda Ardern was expected to return to Rātana - a Labour stronghold - but international travel to Switzerland for the World Economic Forum means her deputy Winston Peters will instead take her place.

On her return from Davos she, along with a strong contingent of ministers and Māori MPs, will make the trek to Northland where her attendance at Waitangi commemorations is locked in, but she's yet to commit to attending the annual Iwi Chairs Forum on 1 February.

While some say Ms Ardern's absence from the forum would be viewed as a snub, others say Māori have moved on from waiting with bated breath for the prime minister to deliver a speech of promises and instead just want to get on with business.

Former NZ First MP Pita Paraone has long been involved in the organisation of Waitangi commemorations and he warns the reaction will be mixed if Ms Ardern decides not to extend her stay.

"I think there will be people who read it in a certain way that government is snubbing the iwi leaders' group. Then there will be others who understand the prime minister and her office's decision.''

Labour clawed back all seven of the Māori seats at the last election and several of those MPs have spoken publicly over the last 12 months of the pressure they feel to deliver for Māori as a result.

Mr Paraone said they can expect to receive some criticism at Waitangi as well as some free advice on what to do better.

"There will be some of my relatives who over the past twelve months have been quite critical of the Māori members, particularly those from the north, and then there will be others who will continue to be quite supportive of them but by the same token be whispering in their ears saying, hey we expect a bit more.''

But Rangitane Marsden, the chief executive of Ngāi Takoto - the iwi hosting the forum this year - said many Māori had moved away from expecting the government to provide for them, and, rather, the focus this year was on iwi economic development and building a strong business relationship with the Crown.

"I think this is the year where we want to sit down and do business, so that's probably the theme of what we'd be after with government: it's 'let's not keep talking about things, let's not have anymore rhetoric speeches, let's actually make something happen and be real about what we do'.''

Mr Marsden said the relationship with the Crown has had a reset under the Labour-NZ First government, after nine years of working with National - and it's a new post-Treaty settlement era.

"I think there's a new opportunity to build a stronger relationship so we can move forward. In the past ... there's been a lot of energy put into the relationship with National and now that we have a new government it's probably a switch of tack.''

Iwi leaders are hoping Ms Ardern will attend the forum but at the same time Mr Marsden said they've reached a point where they don't need the prime minister repeating herself in order to get things done.

"So while every year at the election or Waitangi we'd wait with bated breath for a particular prime minister to describe what they're going to do to make a difference for us - those days are fast disappearing,'' he said.

In a statement Ms Ardern said her schedule for Waitangi was still being worked through and a decision about whether to attend the Iwi Chairs Forum hadn't yet been made.