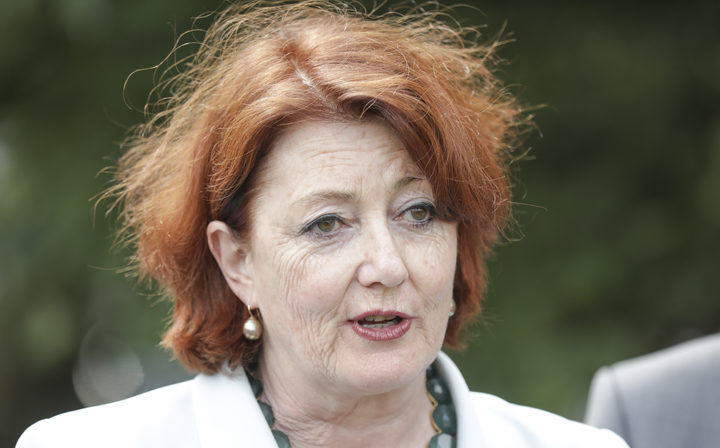 Mr Bridges told Morning Report he believed the North Shore MP's denials of bullying of former staff members and pointed out the Parliamentary Services had cleared her of any wrongdoing.

The Herald on Sunday however revealed more details yesterday on the bullying allegations against the North Shore MP.

The newspaper detailed how Ms Barry joked about a staff member's appearance at a public event and instructed him to keep a file on a political opponent.

Recordings of her talking about officials and other staff were also obtained by the paper.

Ms Barry had been accused of swearing at staff, discussing her staff's sexuality in the office and asking them to do National Party work in office, which was against the law.

Mr Bridges said the new details were an employment matter so he did not want to go into details. However, he said he backed the "hard-working" MP and believed her denials of bullying.

"I've talked to Maggie Barry about these matters, but ultimately it's an employment matter ... what's really important is she denies the allegations and the investigation by Parliamentary Services, independent from the National Party, has made no finding of bullying or harassment," he said.

"So I fall back on what I know about Maggie Barry, which is that is she a hard worker, working effectively as a member of Parliament and I back her."

He said using parliamentary staff to do National Party work had been a "grey area".

Mr Bridges said the party had a good working culture and he wouldn't be drawn on how many National MPs had been accused of bullying.

"I believe we have a good culture. I know that people come to National in the morning wanting to be there and are dedicated to the cause we have got," he said.

"But as we've talked about before with the Jami-Lee Ross matter, I went to Parliamentary Services, I talked to the general manager, because I don't want to want to be complacent about this stuff.

"I want to make sure we've got a working environment where workers feel absolutely confident to stand up and complain and feel safe doing so."

Further details about the claims made against Ms Barry were outlined in a document by the Parliamentary Service.

The Parliamentary Service manager, which employs staff who work for MPs, was told Barry made demeaning comments about some staff in the presence of others.

Those included allegations that she said the former staffer's moustache "was so 70s and had to go".

On another occasion Ms Barry is alleged to have told the audience at a retirement village in Northcote they could get a handout from "the man down the back dressed like the Great Gatsby" - referring to the staffer.

The former employee also claimed Ms Barry asked that files be kept on political opponents, including Miriam Clements, a Logic Party member who contested North Shore, whom Ms Barry allegedly referred to as "that crazy woman".

Mr Bridges also said he was not surprised that a poll asking who people wanted to be prime minister has him stuck on only 7 percent.

Prime Minister Jacinda Ardern is still by far the most popular preferred leader, on 39 percent.

Mr Bridges said the most important thing was support for the party as a whole had risen to 46 percent, putting National ahead of Labour, on 43 percent.