The Transport Agency has issued a warning to vehicle inspection companies, JEVIC and VINZ, because they failed to properly notify authorities for a year that they had been bought by a Japanese holding company which also owns a car importer. 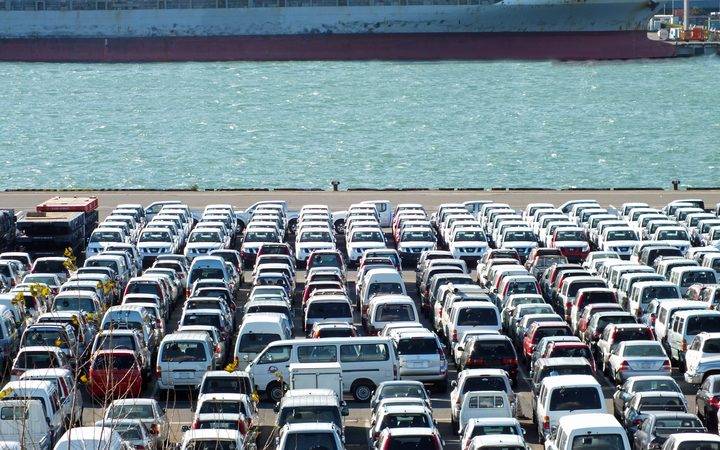 JEVIC is a company that ensures cars bought in Japan will meet New Zealand road safety requirements, while VINZ does safety inspections at the New Zealand end.

The Transport Minister agrees this raises concerns about a conflict of interest in the supply chain. Phil Twyford said the safety of vehicles on New Zealand roads is of utmost importance, and he won't tolerate that.

"I think you're going to see a tougher response from NZTA on this. They've raised the bar, and that's a good thing."

As well as JEVIC and VINZ, the conflict of interest concerns also involve a company that buys cars in Japan with the intention of importing them to New Zealand, and a shipping company that transports the cars across the Pacific.

The companies are all combined under the umbrella of the Optimus Group, which is listed on the Tokyo stock exchange.

The concern is that cars bought by the group will then be directed to its own safety inspection companies, to then be sold in New Zealand without an independent safety assessment.

A group of vehicle industry members who wish to remain anonymous claim to have been liaising with NZTA since August last year regarding conflict of interest concerns, and the Optimus Group's failure to notify New Zealand authorities about the change of ownership of the inspection companies.

In a statement NZTA chief executive Fergus Gammie said the agency issued a formal warning to the Optimus Group-owned companies.

He said that a warning was an appropriate response to the breach because, while the ownership changes created the potential for a conflict of interest, that potential did not materialise.

NZTA is also carrying out a review to see what needs to change.

"The existing policies regarding conflicts of interest have been identified by the NZ Transport Agency Board as an area of serious concern," Mr Gammie said.

"The board has unanimously agreed that the policies need to change and has tasked the Transport Agency management team with implementing a new approach, noting that conflicts of interest are unacceptable in modern business practice."

Mr Twyford said this government has "really raised the bar" for how the Transport Agency is expected to execute its regulatory role.

"I think the concerns that the Transport Agency have around this group and the whole issue around conflict of interest reflects a new, tougher, more rigourous approach to that regulatory role and I welcome it."

The Optimus Group was approached for comment on the matter a week ago, but has not responded to RNZ's request.

However VINZ has provided RNZ with information around what comprises a conflict of interest, and a redacted copy of an independent audit of potential conflicts of interest which it commissioned through Deloitte. It recommended VINZ work with NZTA to address any perceptions of a conflict.