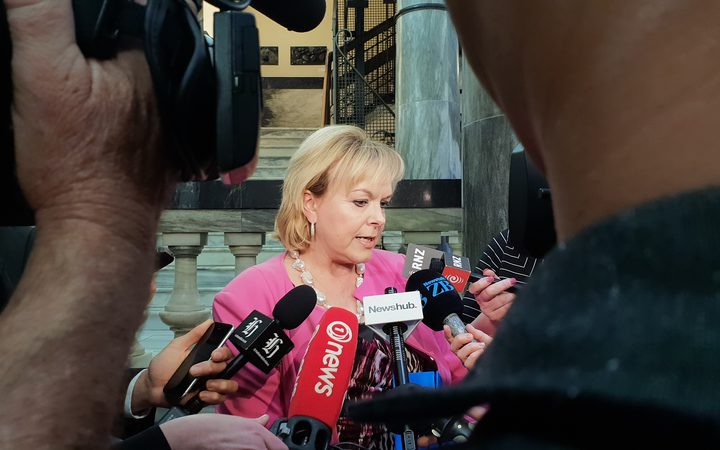 The Housing Minister has accused her of cyberbullying, after her response to the couple who have bought a Kiwibuild home.

A common quote about meeting a partner - "one universe, eight planets, and 204 countries' - was partially quoted by the couple online.

Minister Phil Twyford said he was happy to debate the merits of the eligibility criteria.

"That doesn't justify victimising people on the internet, and essentially inciting victimisation of a young couple who have just bought their first home.

"They didn't sign up for that... I happen to know that that young couple have taken their social media profiles offline - they feel bullied."

"No, not all, absolutely false and that is really false, what I have said is there are eligibility requirements and every New Zealanders who is paying taxes would want to know that $2 billion of taxpayer funding... is going to people in need, not to people who have lots of choices in life."

"And verging on hysteria so I'd suggest to him that he needs to just calm right down and not make completely false and defamatory statements about me... I understand he's under a lot of pressure at the moment."

The minister had to take some responsibility, she said.

"He is the person who put this young couple up as poster children for the Kiwibuild home, there are plenty of other people he could have targeted, or used.

"These are young people who certainly other people have gone on they've found about their personal circumstances, certainly not me."